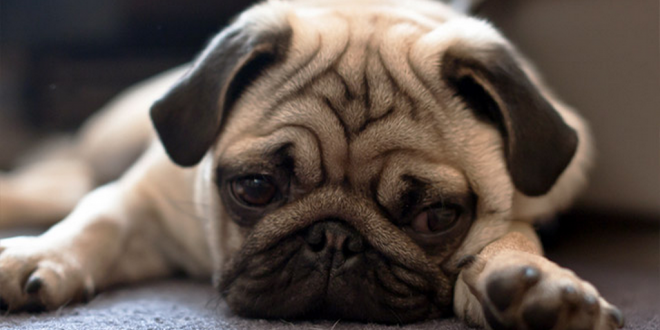 Animal Activists Rescue A Pug From A Beggar In Pune

Recently, animal activists rescued a malnourished Pug from a homeless woman who claimed that she purchased the dog for Rs. 7,000 in Pune. However, the beggar changed her statements upon further investigation. Now, the pug is in custody of animal lovers.

The incident came to light last week when an animal welfare volunteer spotted the pug with the woman outside the Hanuman Mandir temple in Camp.

According to the volunteer, the dog was not well kept and looked malnourished. Subsequently, he raised an alarm among his peers in the city. 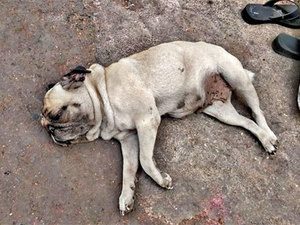 Andrew Pillai, the volunteer who first spotted the canine, shared,

“I saw the dog about a week ago and immediately informed other animal activists in the city. The pug looked like in a bad state and was evidently malnourished. When a team of volunteers interrogated the woman, she initially said she had purchased the dog. However, she kept changing her statements later. She insisted that the dog was with her for the past one year.”

The activists asked the woman to present a receipt that may have been given to her at the time of the purchase.

Pugs are one of the most expensive breeds. Its popularity skyrocketed in the country especially after it was used to endorse a Telecom company brand. In the market, a pug puppy ranges between Rs 7,000 and Rs 20,000. The activists have filed a complaint regarding the incident with the Lashkar police station.

When contacted, Vineeta Tandon, animal welfare officer under the Animal Welfare Board of India, told Mirror,

“After a tussle of about six hours, we finally got the custody of the dog. When we asked the woman where she got the canine from, she kept changing her statements and created a lot of hue and cry. First she claimed she purchased the dog, later she said she got it from her son’s friend. We are suspecting that a breeder is involved in the case. As per norms, a homeless person cannot own a dog because it is difficult to take care of the animal. We are suspecting that either the dog was stolen or given by a breeder. However, we are sure that he was not being taken care of.”

“We have received the complaint and will be probing the matter. Until the preliminary inquiry concludes, it is hard to say anything.”