If you are not a dog person and still you are reading the article, the first reaction that we expect is, “Are you crazy?”. Gifting has been a traditional way of showing someone the affection you feel for them. Giving a gift is not just limited to occasions, but it is a way to express gratitude.

When it comes to dogs, one can never deny that these cute animals are among the most sensitive creatures on Earth. They are loyal, and they have emotions and their own way of showing their love to people.

But gifting your dog can be a tricky business. A dog might not feel very attracted to your gift or may even don’t use your gift for long. But a Dog lover always feels special when he chooses something for his dog with lots of sentiments and thoughts behind the gift. Even science is now supporting the fact that you should shop for your dog rather than shopping for humans.

Why gift your dog?

Pets are always unique. Pet owners have a great connection with their pets. We really don’t need a scientific explanation to say that our dogs make us happy. People in the USA do spend more than 100 billion dollars a year on their pets. You might have heard people saying, “our dog is one of our family members,” and many people might consider statements like these to be crazy.

But in reality, all these feelings are natural. Gifting dogs is one of such feelings, and dog owners like to provide their dogs the best they can. And this time, even science has pet owners’ backs with proof and data proving all of this to be normal.

Can you expect a return gift?

Michael White, a doctoral student of Columbia University, published a part of his research about the subject. According to his research, there are tons of ways in which a dog makes life easier and better for humans. According to the findings, humans somehow need a stimulus to get excited.

We have a problem in motivating and uplifting moods without any external source. And guess what? The best source to get in a better mood is by having your pet by your side. You might shop for your dogs and provide them with gifts, but a human can never return what a dog provides him with.

According to a different experiment, it is also noted that spending money on things that humans love can make us happy. The feeling of using the money in the best possible way is actually a great one. And if you are asking a dog lover, “What is the most loved thing of your life?” then we guess you already know your answer.

Many experiments have been conducted on the subject, and dog owners have always responded amazingly. Here are some of them that you must have a look at if you are typing to find a scientific reason behind gifting dogs.

In the first one, 149 people were selected randomly and were asked to think of the last $5 they spent on their pets, on themselves, or on their friends or relatives. It was found that most of the people who selected to spend the money on themselves were not as happy as they should be.

Most of them confirmed that they spent money on snacks or eating something or other. The ones who spent on relatives were restricted to small gifts and presents. They were happy with the outcome, but the feeling did not last long as the person they gifted became detached from the gift after moments.

But the people who gifted or used the $5 dollars on their pets found themselves to be in a happy spot investing that money on toys and other pet-related items. After remembering the moment, all the pet people felt good and happy, and none of them regret the decision to buy their pets those items.

In another experiment, during a rush hour in Chicago station, 200 people were provided with an envelope of $5. They were asked to spend the money on themselves or on their pets. Later all of them were required to fill a survey emailed to them.

According to the final report, there was no difference at all in the people who spent that money on other human beings or on themselves. But the people who went to buy something for their pets were reported to be much happier than the other two groups.

Dogs are not just animals, but they become an important part of a person’s life quickly. Spending money and shopping for dogs might sound extravagant or even a waste of money to a few people.

But if you are all alone and no one is out there to support you, your dog will always be there till his last breath cheering you up. And this makes them worth the gifts; it makes them worthier than humans. 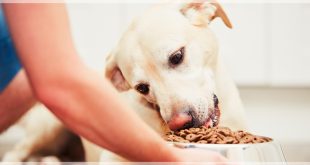 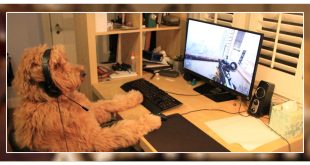 Tips To Keep Your Dog Happy While Alone

Fun Things To Do With Your Dog