Home / News & Cause / Stray Dogs Killed, Hung Upside Down On A Pole In Kerala 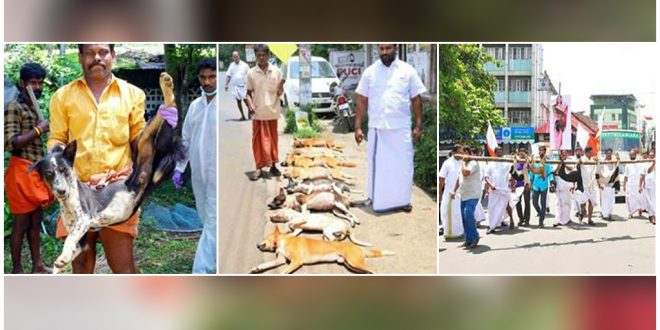 Stray Dogs Killed, Hung Upside Down On A Pole In Kerala

Recently, the activists in Kerala protested against stray dog menace in the state. They walked on the streets of Kottayam district with five dead dogs hung upside down on a pole while raising slogans against state and central government for not curbing the stray dog menace. 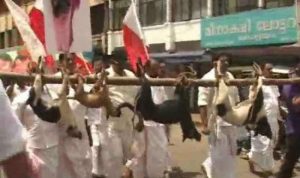 The protesters said that they had killed the dogs to mark their protest against incidents of dog bites across the state.

After their march, they left the pole with the dead dogs outside the post office. This was followed by their dramatic show of protest, alleging that neither the Panchayat nor Corporation was taking any action against street dogs. 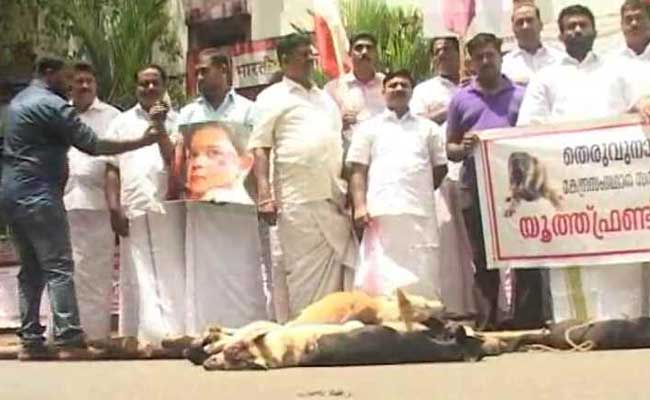 “We have killed these dogs. And it’s a warning that this will continue if the central and the state government do not control the stray dog menace,” Saji Manjakadambil, who was heading the protest told reporters.

Also Read:   SC To Consider The Appeal Against Culling Of Stray Dogs In Kerala

A police case has to be registered against the men who claimed to have killed the stray dogs. The protest appeared to be against the Kerala chief minister Pinarayi Vijayan, who had earlier said through his Facebook page that there would not be any illegal killing of stray dogs permitted in Kerala.

Chief Minister Vijayan also called an emergency meeting of all department heads to address the public fears over the attacks.

What are humans becoming? Killing continues in Kerala…