The reflective collar idea is now a reality. Recently, PFCI Chennai took the initiative to fit around 300 dogs and cattle with magic collars that reflect light in the dark. The idea behind these reflective collar is to save stray animals from becoming a roadkill. Motopaws started this initiative and got backing from Ratan Tata as well.

The collars have been successfully tested and used for dogs in Bengaluru, Pune ad Jamshedpur. “We decided to take one more step and use it for cattle as well,” said Arun Prasanna, founder of People For Cattle in India (PFCI).

The collars will reflect the light from vehicles and help motorists avoid running them over. A survey undertaken by PFCI volunteers revealed that 90% of vehicle owners couldn’t spot a dog or cattle in the dark and visibility was an issue.

“It is a risk for motorists too as they see the animal in the last few seconds and try to swerve,” said Arun.

These collars are made of nylon tapes with retro reflective fabric pasted on top. They reflect the light from motor vehicles and are quite noticeable in the dark.

According to Chennai Corporation data, there were more than 80,000 stray dogs in Chennai in 2014. The civic body has no data on cattle and the number of stray animals run over by vehicles. The initiative is being funded by animal lovers. 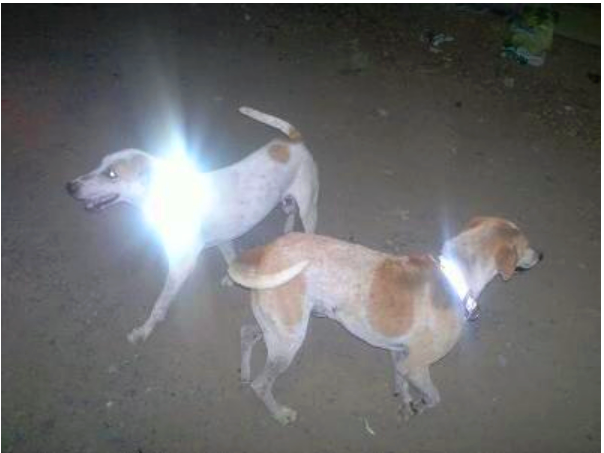