Home / News & Cause / Labs, GSDs & Pitbulls Are The Top Abandoned Pets In Chandigarh 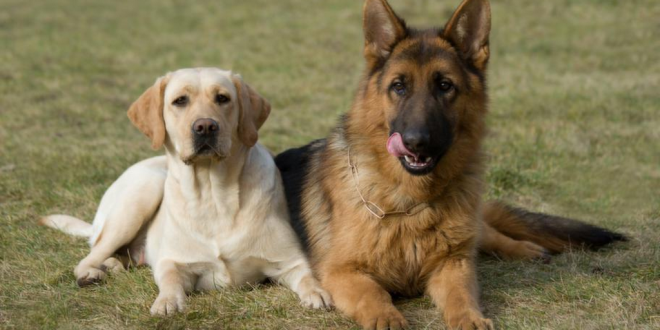 Labs, GSDs & Pitbulls Are The Top Abandoned Pets In Chandigarh

The number of abandoned pedigree dogs is growing in the city beautiful, Chandigarh. Every month, the Society for Prevention of Cruelty Towards Animals (SPCA) receives 5-6 cases of abandoned pets.

Abandoned pedigree dogs on the rise

Last year, Labradors were the most abandoned pets in Chandigarh. And now this year, Pitbull and German shepherd are on the top in the list according to animal activists.

“Nowadays, the condition of pet dogs is getting worse by the day. Last year too, we were dealing with it and this year the problem has visibly increased. A few days ago, an injured Pitbull was roaming in Sector 2 Panchkula who was later rescued. This is not the only case and we have given shelter to many abandoned pet dogs. These dogs are not used to living on the roads due to which they meet with accidents.”

Reasons behind the abandonment

The main reasons behind the abandonment are health issues, especially that of maggots. “The dog’s which get skin problems, injuries or infections are abandoned by their owners as they do not want to spend on their medication. Old dogs are also abandoned for the same reasons,” said Ishwita.

Labradors and German Shepherds are the top breeds being abandoned owing to old-age related health issues. The activists said that though in most cases the infection and maggots are treatable, the owners do not wish to spend on the old pets because private veterinary doctors are focused on making money and don’t treat the dog in the first go.

“People indulge in backyard breeding and they tie up with vets and since high commission is involved, they help breeders sell their dogs. These animals are of mixed breed and are more likely to get health issues,” explained Ishwita.

“Most of the pet dogs which are left on the road or in shelters are sick or the family is not capable of taking care of the animal. When we dug into the reasons behind the trend, we found that many backyard breeders in Tricity are still not aware of the fact that for the sale of pups, they need to have a license. In fact, those who buy pups from breeders don’t have a clue about the latter’s ingenuity. To work towards curbing the practice of illegal breeding, the MC should mandate dog registration and also do regular follow ups,” said Meenakshi.

Reference: The Times Of  India

Watch: A White Dog Abandoned in The Desert Found Living with A Coyote Group