Is Hydrogen Peroxide Safe to Use on Dogs? | DogExpress
Express Update
X

Home / Lifestyle / Is Hydrogen Peroxide Safe to Use on Dogs?

As you may know, hydrogen peroxide has widespread use, and it is one of the basic things in every medicine cabinet. But, every pet owner should know that medicines used by humans are, in most cases, not suitable for animals.

If we are talking about using hydrogen peroxide on dogs, there are several situations in which it is safe to use it. This text is dedicated to all those who are in doubt about when and how they can use this substance on their furry friend.

It is crucial to have prior knowledge when using any medication because you do not want to cause any adverse reaction or slow down your best friend’s healing process.

But at first, you need to know what hydrogen peroxide is.

What is Hydrogen Peroxide?

From a scientific point of view, it is an inorganic compound of hydrogen and oxygen, also known by other names – hydrogen superoxide, hydrogen peroxide, superoxide, peroxide, and hydrogen. It is a weak dibasic acid.

According to its chemical composition (H2O2) is water with one added oxygen atom attached to its molecule. In its unstable form, oxygen separates from water and forms a free radical, which is highly reactive.

It is widely known as a disinfectant for injuries, wounds, or scratches, but many do not know that it can eliminate microbes. When it is used properly, it is very safe.

It destroys microorganisms by oxidation, which can best be described as a controlled oxidization process. Hydrogen has proven effective in the household. It can be used in many ways, like a cleaning tool, for stains, bleaching, mold, or first aid.

It is known worldwide, and it can be used on animals, but it is not always the right thing to do.

Why Would Hydrogen Peroxide Be Used On Dogs?

If you are not sure why then you should know there are several situations when it can be helpful.

In the case of poisoning or toxicity, hydrogen peroxide can be beneficial if used properly. Because dogs can be more than edacious, it is not that rare that they eat something they shouldn’t.

It can be some toxin, trifles of a different material, or anything else, which is not food. You will have to make a precise dose, and it is not like all poisons are treated effectively using this method.

Because of that, you should consult your veterinarian before you even try it, you don’t want to make things even worse.

If you live in a country/city/area where skunks are not unusual to see around, then the risk of facing them in nature or your backyard is much higher.

The liquid that the skunk releases have a very unpleasant smell. If it releases it on your dog, it isn’t easy to eliminate it. A combination of hydrogen peroxide, baking soda, and dish soap will do the work.

Most people think that hydrogen peroxide is a safe way to disinfect open wounds on your dog, clean them of dirt, and kill bacteria and microbes.

A lesser-known fact is that hydrogen peroxide slows wound healing, so it would be advisable to think carefully about whether you want to use just this solution when you notice a wound on your dog.

It does not matter if the wound was caused by scratching or an injury. It would be desirable to find another alternative.

It is a common belief also that hydrogen peroxide can help with ear infections. It is useful for humans, but we all know how uncomfortable it is. When it comes to dogs, you shouldn’t do it at home and by yourself. It will dry out and irritate the dog’s ears.

First of all, you cannot know the nature of the infection. Second of all, maybe another type of treatment will be more suitable.

When using this product, you need to be careful. If hydrogen gets into the dog’s eyes, it causes eye irritation, redness, and pain, and therefore you should react immediately by washing the dog’s eyes for at least 15 minutes. It is also necessary to raise the upper and lower eyelids and wash them underneath.

In the end, hydrogen peroxide can be beneficial only if used correctly and in a few situations. It is not advisable to listen to other people’s opinions. You should always ask your veterinarian first.

Yes, hydrogen peroxide is widely used, but not with dogs. Our loyal friends cannot receive the same type of treatment as us. You should avoid treating dog wounds this way, never use it for ear infections, and you must avoid eye contact.

In case you use hydrogen peroxide, keep in mind, it must not be more potent than 3%.

In addition to choosing the proper medications, the path to a healthy dog leads through a healthy diet. It is up to us to choose the best dog food formula if we want to maintain their health, and the best dry dog food is always the wise choice.

How to Find and Choose The Best Walker For Your Dog 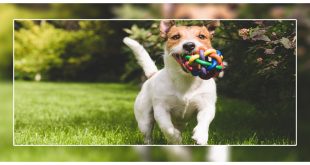