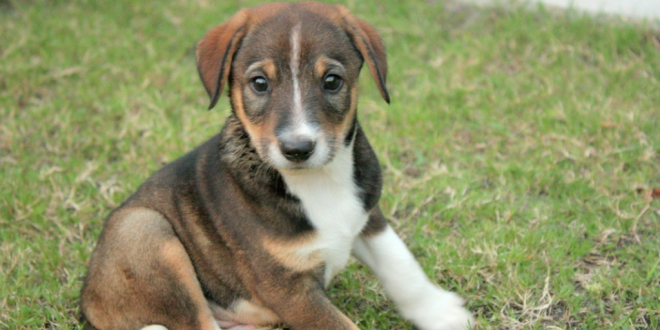 Indian Dog Gets Adopted By A Family In Switzerland

There nothing more satisfying than seeing a dog’s happy face. Recently, a homeless dog born in Tamil Nadu, named Bailey, got adopted by a family in Switzerland.

It has been quite an interesting journey for Bailey, from the fields of Tamil Nadu to scenic Swiss alps. She has even started getting widely recognized in Switzerland with people coming up to the owners and inquiring about her heritage. Some even say that Bailey looks like a coyote. Alena Pantlova – the owner tells people that she is an Indian dog. People just love Bailey over there.

The Story of Bailey’s Adoption

It was just a year ago, when Bailey was spending her time in an adoption camp organised by Humane Animal Society (HAS) Coimbatore. She was vaccinated and fostered, waiting to be adopted by a family. However, finding her a home in India was not an easy task as there were more puppies that there were home available.

“We put up a post on Facebook about puppies available for adoption, Bailey being one among them,” recalls HAS founder Mini Vasudevan, who was zapped when she received an adoption request from Europe. “I knew that she used to follow our page quite regularly and actively, but the request was totally out of the blue. She did not care about breed or gender,” she says of Pantlova.

The plan came to fruition, as a German HAS volunteer helped in taking the pup back to her home in Frankfurt. Just after a few months, Bailey was with her new family. The Pantlova family drove all the way from Switzerland to receive Bailey at the airport.

After all the paperwork, they finally met Bailey, who was cowering inside her transport crate. She seemed a bit scared to come out, so they took her home.

Bailey instantly opened up as soon as they reached home. She met their two cats, who had never seen a dog before.

“With me, she goes for walks, and I feed her. She plays the most with my husband who makes her many toys. And she sleeps next to my son. She chooses something for everyone,” laughs Pantlova,

She believes that adopting a dog has been one of the best decisions of her life:

“Shelters are full of animals waiting for homes. It’s heartbreaking how they struggle every day. We want to teach our son to think about animals… that it’s not important whether they are mixed-breeds or not. Every animal has got a soul”.