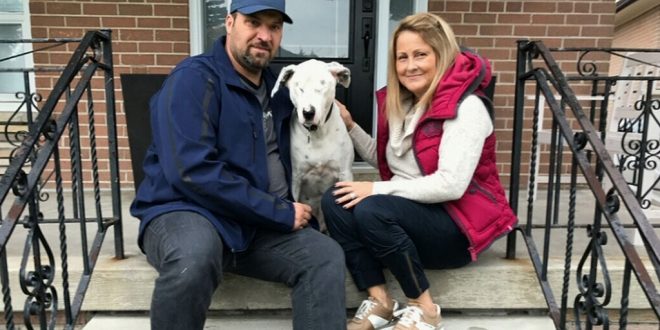 Two months after a historic hurricane battered Houston, Texas, one of the many dogs whose life was saved by Canadian volunteers has found a new home in Toronto.

Out of one of them, a blind dog named ‘San Antonio, (SA)’ made the long road trip to Toronto alongside more than 50 other dogs to find their forever home. The white furred pooch, named San Antonio, after his former home, where he was about an hour away from being euthanized because of his disability. Having lost both his eyes to an untreated infection, SA would typically have been deemed unadoptable.

“When selecting dogs for our program we pick the dogs least likely to be adopted. This involved a lot of heartworm positive dogs, multiple deaf and blind dogs (sometimes dogs that were both), or dogs with neurological deficits,” Redemption Paws founder Nicole Simone told CTV News Toronto.

“SA had zero chance of finding a home in Houston.”

Most of the dogs were quickly adopted, but SA and three other dogs, all of which require special care, remained.  But one day a Toronto family, Jackie Van Hoorn and her husband Paul laid eyes on SA. 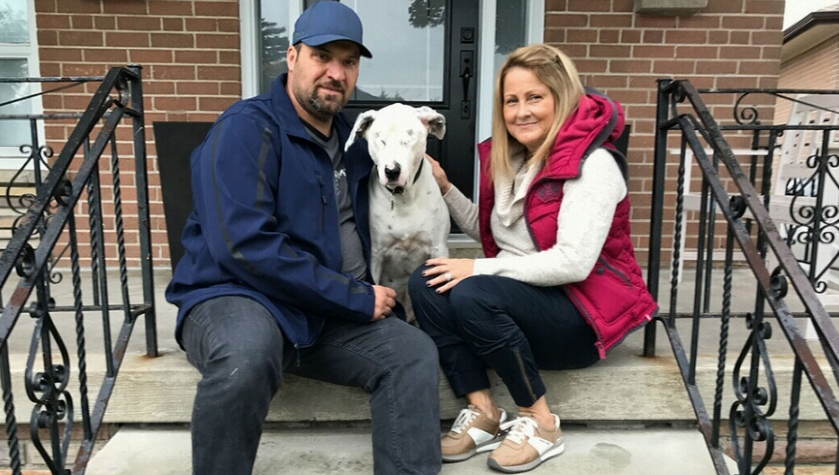 “When I saw the news about Redemption Paws, I went on their website right away and we saw SA’s photo and we just thought, ‘Let’s adopt him. Let’s apply to adopt him. And then, when we met him, he just blew us away with love and kisses. That’s when we knew,” Van Hoorn told CTV News Channel.

SA was adopted by the Van Hoorn family, who Simone describes as the “right fit.”

Blindness aside, Van Hoorn said SA was given a clean bill of health by a veterinarian and has been a “blessing” to her family. Van Hoorn urged would-be adopters to not overlook dog’s with special needs, saying all their unique qualities are “worth it” in the end.