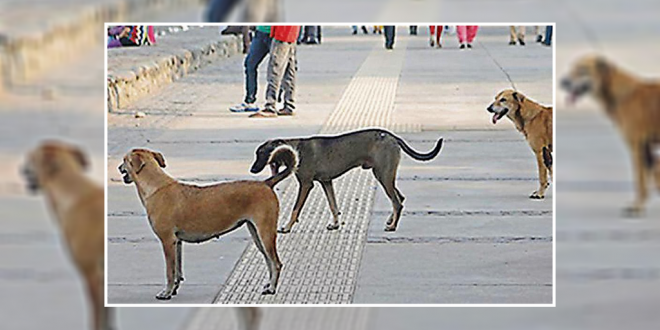 A rise in the number of stray dog population has been making life difficult for tourists and local residents visiting Sukhna Lake, since last few months.  The stray dogs at the lake own the 2 km walking stretch and trouble the visitors while they walk into the serenity of the surroundings.

According to local visitors, dogs have been noticed barking at people loudly, while they tread along the promenade or sit upon it to pose for some pictures.

“Some dogs were always here, but after the breeding season, their number has increased. Now too many of them roam around the area at the lake and scare people,” said Raju, one of the toilet cleaners.

Rahul Dhiman, a government employee, based in Panchkula said,

“I have been coming to the lake for years now and it’s part of my daily routine. I also try and come as early as I can so that I can escape the crowd. A few days ago, I was jogging from the regulator end back towards the main entrance when a brown dog started running beside me, barking loudly. I was on the jogger’s path and hence I felt more unsafe. However after a while, it stopped following me.”

Some eye-witnesses have also described events wherein some canines however playfully terrified young children by jumping around them.

However, despite a number of people complaining against the presence of stray dogs at the lake, many of them have called this ‘unnecessary hysteria’. Rekha Diwan, who is a dog lover, claimed to have known people exaggerating the situation.

“I don’t think these dogs cause any harm to anyone. Most of them are pretty young and just want to play. They do not attack humans until they feel threatened. I have seen children and even adults throw stones at them just for fun. Is this the way to treat a living being? Humans are much more cruel and people should learn to understand how they communicate and accept them,” Diwan said.

Do the dogs at Sukhna Lake really pose threat for people? Share your thoughts with us in the comments below!