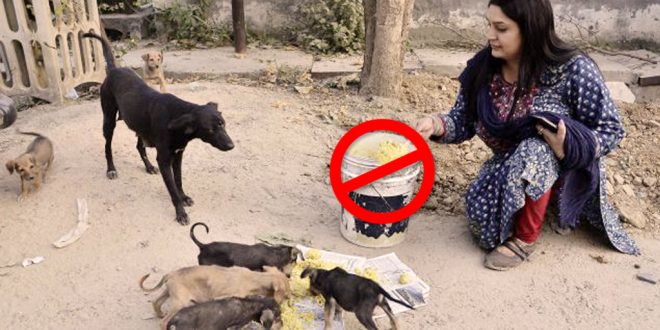 Recently an incident came to light about 11 new born puppies disposed of in a plastic bag and now another incident has come up in which a housing society in Mumbai has imposed a rule of “not to feed stray dogs.”

A 45-year-old woman was interrupted by a society resident while she was feeding a stray dog in the housing complex building. The co-operative housing society issued a blanket of notice to all residents by declaring it as a ‘rule’ which doesn’t allow pet owners/dog lovers to feed the stray dogs in the complex.

Rule To Not To Feed Stray Dogs

It was around 11 p.m. when the old lady Shaheen Sayyed went out with her 18-year-old daughter to feed a stray pup in her housing complex based on Mira Road. Another resident of the same housing complex interrupted them and asked them to not to feed stray dogs.

Animal lover Shaheen Sayyed said, “This is an on-going problem in my housing complex. Any dog feeder who feeds stray dogs is stopped and intimidated by him and other members of the society. He has a history of stopping people from feeding stray dogs and he did the same with me on the night I went to feed a small puppy in my complex premises. He hurdled abuses at me and then a gang of 15 more people joined him and supported him. I was scared as I was accompanied by my 18-year-old daughter and knew nothing how to handle the situation. It was disrespectful and also illegal of them to stop me from feeding the stray puppy.”

According to the Animal Welfare Board of India (AWBI) 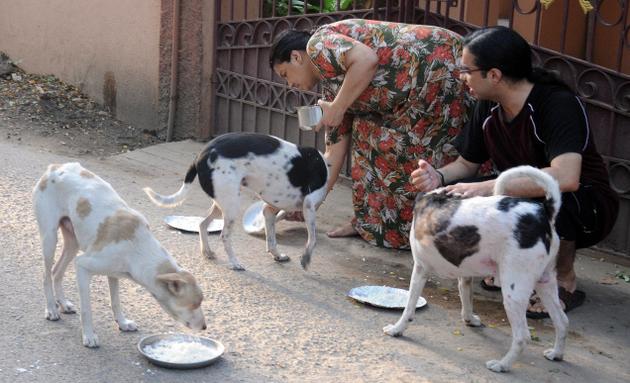 It is a moral responsibility on the part of every citizen to feed the stray animals and no one can stop animal feeders from feeding the strays. However, it also advocates a middle path for residents association and animal lovers to carve out a middle path by designating a fixed spot for pets to be fed and poop in the housing society to maintain peaceful co-existence with animals. However, majority of residents cry foul of the discomfort caused by the number of strays.

A concerned resident of the society, Santosh Tiwari said, “There were only 3-4 stray dogs inside the complex premises around two years back. But, their numbers have multiplied since then and today, there are about 25-30 of them. Our children fear moving inside the complex compound at night.”

He also mentioned that no one really is an animal hater, but the animal lovers need to behave responsibly. He also advocated a solution to the problem.

“Only if the animal lovers feed the strays outside the complex compound, the strays would not linger inside and residents wouldn’t have problem with it,” added Tiwari.

A police complaint has been lodged against the accused in the Kashimira police station in Mira Road under the Indian Penal Code (IPC) section 504 for insult intending to provoke breach of the peace and section 506 for criminal intimidation.

What do you think? Should feeding of stray dogs inside housing societies be permitted?