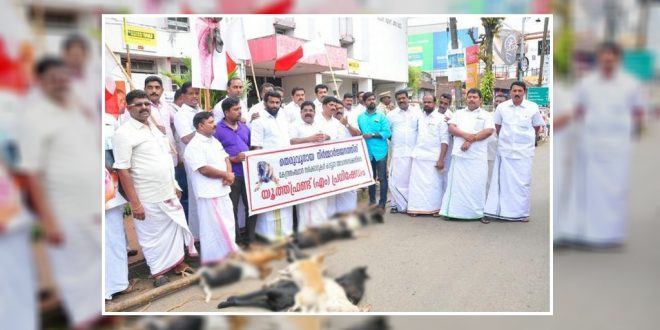 The chairman and four members of the Attingal Municipality in Kerala today apologized in the Supreme Court for the killing of stray dogs despite apex court orders against culling.

An apex court bench, headed by Justice Dipak Misra, also warned the chairman of a body called the “Stray Dogs Eradication Group” in Kerala, which, too, tendered an apology, from taking out any public campaign for killing of strays.

The bench had on May 8 issued notices to the “Stray Dogs Eradication Group” and members of the Attingal Municipality on a contempt petition over butchering of stray dogs despite apex court orders urging them not to do so.

Advocate Siddharth Garg appearing for petitioner Nikita Anand, who filed the plea through lawyer Prashant Bhushan, had sought initiation of contempt proceedings against the municipality members and the organization for wilfully disobeying the specific directions issued by the apex court on November 18, 2015.

The court had directed all local authorities and panchayats not to kill stray dogs adding that the “subterfuge or innovative methods” to circumvent its order would not be tolerated.

The apex court had on July 10 this year said it would examine the legal question as to whether the 2001 Dog Rules, framed by the Centre, would prevail over the state laws meant to curb the menace of stray canines.

It had also expressed unhappiness over increasing cases of dog bites in Kerala and asked the state government to take steps to ensure that such cases were checked.

The Dog Rules were framed in line with the WHO’s Animal Birth Control programme which provides that instead of culling dogs, they should be sterilised and immunised.

The court had also asked the Kerala government to respond to a plea seeking the setting up of dog pounds in the state to prevent stray canines from attacking people and livestock.

This is published unedited from the PTI feed.

Share your thoughts with  us in the comments below!