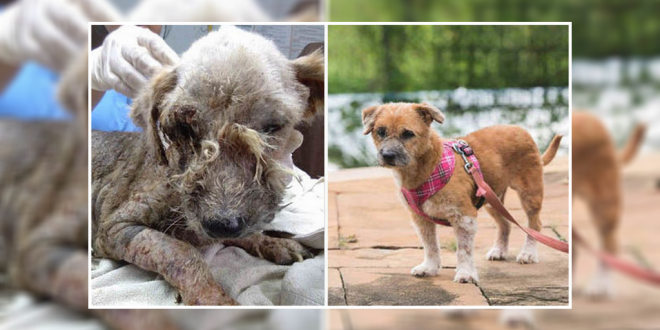 A stray dog named Ricado was suffering from a horrifying skin infection that turned his fur coat as hard as stone. However, his amazing transformation after a few months of treatment left the vets speechless. They couldn’t believe the shocking transformation that Ricado had shown.

Ricado was infected by the parasites that not only left him hairless but also covered in an ugly, stony crust.  Luckily, he was rescued by a tourist who spotted him in bad condition on the streets of Thailand. The tourist took him to a veterinary centre run by a leading British veterinary charity called World Veterinary Service’s Jeanne Marchig International (WVS) Training Centre in Chiang Mai.

It was a challenge for the medical team at the veterinary service center as the condition of the dog was pretty severe. Dr Giacomo Miglio, clinical director at the WVS training centre, explained how Ricado’s remarkable transformation has thrilled his team. 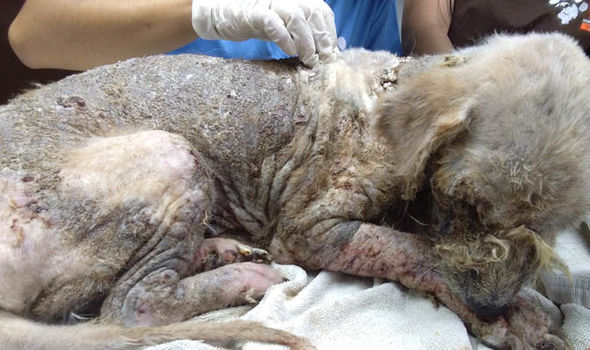 “At first, our vets were wondering whether his frail little body could handle the treatments for his severe skin condition, but it seems we are winning the battle. For many weeks Ricado has endured treatment and fought to survive.He has slowly regained his strength and it was as if he knew that there were people who really care for him, perhaps for the first time in his life. Although he still has a way to go, he already looks and feels much better.”

Ricado’s progress has seen him being strong enough to socialise with other dogs at the clinic. 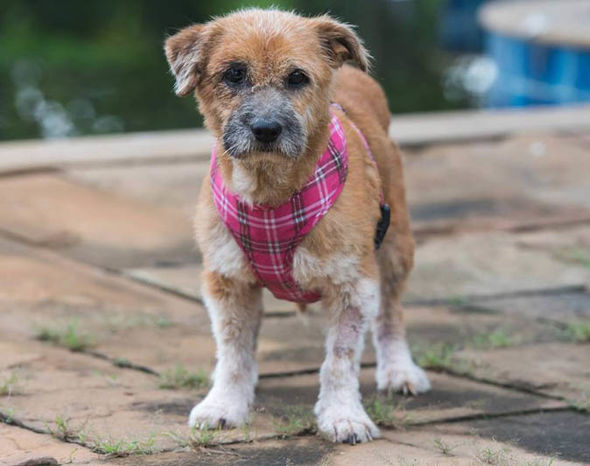 WVS was founded by award-winning British vet Luke Gamble 15 years ago. In 2015, the charity opened its Thai international training centre in Chiang Mai, with the dual aim of treating animals as well as teaching medical skills to vets and students.

On an average the charity rescues around 40 dogs every month, treating them for both injuries and illnesses before finding them new homes.

The WVS founder and chief executive said: “Dogs like Ricado remind us exactly why we’re here in Chiang Mai, helping animals that really do have nobody else to care for them. It’s been a tough journey for Ricado but we’re thrilled to hear how well he’s recovering and look forward to a much brighter future for other dogs like him.”

Dogs Shed Tears of Joy When Reunited with Their Owners, Study Finds