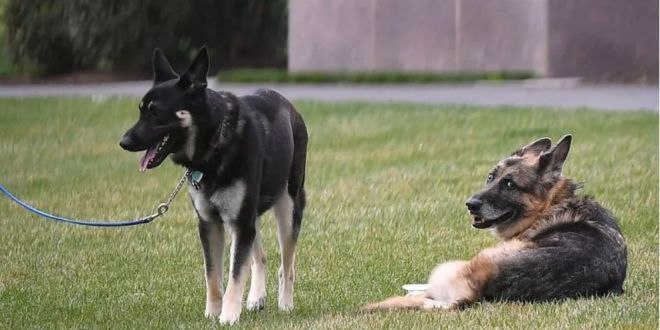 Judicial Watch announced the lawsuit today against the U.S. Department of Homeland Security (DHS). It seeks compliance in a filing listed as “JW v DHS Biden dogs complaint 01194.” The federal complaint filed in the U.S. District Court for the District of Columbia demands the Secret Service respond in a timely fashion to FOIA requests for details about an early March dog biting debacle. Judicial Watch claims it’s been “irreparably harmed” by the Secret Service’s reluctance to report the incident, which reportedly involved one of the two Biden family German Shepherds, Champ and Major.

The Judicial Watch complaint seeks access to “all records of communications between USSS officials responsible for protection at the White House regarding the Biden family dogs, named Champ and Major.”

Judicial Watch President Tom Fitton told Newsweek Tuesday that the FOIA filing, one of many recently put forth by the group, is based on a simple concern: “Evidence suggests law enforcement officers were injured and they don’t want to talk about it…we’re just doing the basic journalism and investigative follow-up the news media used to do.”

The nonprofit tweeted Tuesday that it wants timely “records of communication between Secret Service officials assigned to the White House regarding the Biden family dogs. The public has a right to know the details about any incident in which Secret Service personnel were injured by President Biden’s dog. We have no doubt that Major and Champ are good dogs but politicians and bureaucrats can’t be trusted.”

On March 9, reports emerged that “First Dog” Major Biden was taken back to Wilmington, Delaware, following a “biting incident” involving the White House security team. A Politico magazine article at the time suggested the dogs’ behavior was indicative of nefarious palace intrigue and a Newsmax host described the canine pets as “dirty.” White House Press Secretary Jen Psaki confirmed the incident during an ensuing meeting with reporters, but few details were revealed.

“[Major] is still getting acclimated and accustomed to their surroundings and new people. And on Monday, the first family’s younger dog, Major, was surprised by an unfamiliar person and reacted in a way that resulted in a minor injury to the individual,” Psaki said at a March 9 press conference, responding to the biting incident.

The White House announced Major’s rehabilitated return last week following “private training” and added that the dogs will be joined by a new family cat.

Newsweek reached out to the Judicial Watch attorney listed as having submitted the complaint, James F. Peterson, but did not hear back by the time of publishing Tuesday afternoon.

Responses on social media to Judicial Watch’s lawsuit promptly mocked the impending litigation, with one critic replying, “Dogs, we’re talking about dogs? Can you file an FOIA for information on and leading up to the 01/06/2021 insurrection? I’ll make my first donation to you if you do,” wrote Darius Lowber.

The founder of the right-wing watchdog group, Larry Klayman, was suspended for 90 days last year after the District of Columbia Court of Appeals found he “flagrantly violated” ethics rules. Ironically, he was accused of breaking a rule that forbids changing sides in a legal matter because he has repeatedly sued Judicial Watch, which he left in 2003.