Virginia Dog Saves Fawn From Drowning and Refuses to Leave Its Side: He ‘Kept Caring For It’ | DogExpress
Express Update
X

Home / News & Cause / Virginia Dog Saves Fawn From Drowning and Refuses to Leave Its Side: He ‘Kept Caring For It’

Virginia Dog Saves Fawn From Drowning and Refuses to Leave Its Side: He ‘Kept Caring For It’

Ralph Dorn surveyed the lake’s surface behind his home during the early evening of June 2, looking for his Goldendoodle, Harley. Then he spotted the pup about 200 feet from shore; the 6-year-old canine was swimming with another animal that, after a few moments, Dorn realized was a tiny baby deer.

“Not sure how the fawn got out there but Harley obviously didn’t ask why, he just jumped into action,” Dorn, 62, of Culpeper, Virginia, wrote in a viral Facebook post about the incident that’s been shared over 250,000 times.

Harley paddled side-by-side with the fawn all the way to shore. Dorn met the animals on land and helped the fawn up a steep ledge. After he lifted the baby deer from the water and placed her on the grass, Harley began gently licking the fawn’s body.

“Harley didn’t want to leave the fawn,” Dorn tells PEOPLE.  “He just kept interacting with it, licking it, caring for it.” The fawn’s mother appeared on the lawn shortly after the fawn reached the shore. Once Dorn spotted the mother deer, he took Harley inside their nearby home. The doe waited until Dorn and Harley were gone and then walked off with her baby.

But the next morning, while Dorn and his wife, Patricia, 64, were drinking coffee, something was amiss.

“Harley got restless running from window to window. I opened the front door and we could hear the fawn bleating,” Dorn wrote in the Facebook post.

“Harley ran into the tree line and found the fawn,” he wrote. “The little one stopped bleating, tail wagging, they touched noses sniffed each other and Harley came calmly back to the house with me.”

After the brief reunion with Harley, the fawn settled down, Dorn tells PEOPLE, and by the end of the day, the baby and its mom were gone again. Dorn, who estimates the fawn was a few days old, hasn’t seen the pair since.

Harley’s heartwarming actions are not a surprise to the retired Marine Corps pilot. “We could tell right away, even as a puppy, he had such a good heart,” says Dorn. “He has always been like that with children and animals. He loves them all.”

Harley has worked as a certified therapy dog, visiting the elderly in care facilities and sitting with children during reading hours at the local library. He’s also a hit with Dorn’s four grandchildren.

“He’s 100 percent glued to them,” says Dorn. Harley is even cuddly best friends with the family cat, Zsu Zsu. 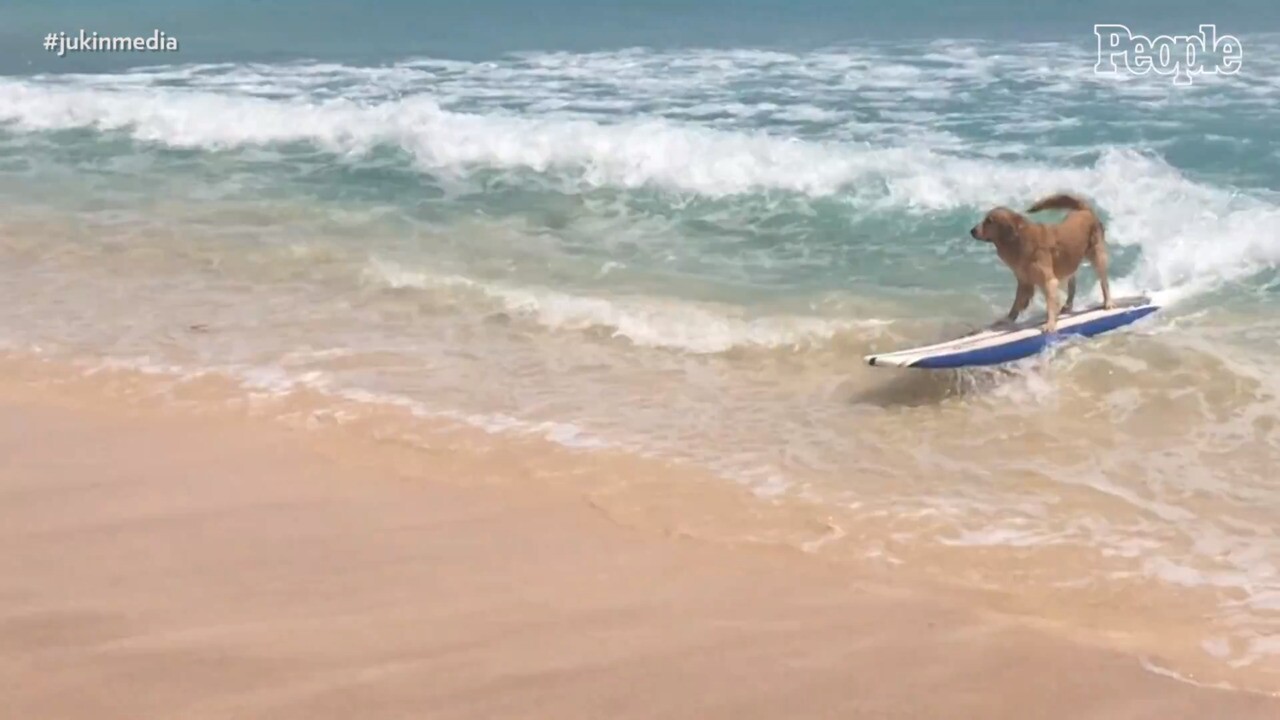 However, what has surprised Ralph and Pat Dorn, a retired Navy nurse, are the scores of supportive comments Harley has received on Facebook.

“We were just amazed,” says Pat. “We had no idea of the reaction.”

Direct messages of gratitude include some from people who have shared the photos and video from Harley’s rescue with their grief groups, adds Ralph.

“We’re very happy that it has touched so many people,” he says, “and brought joy to so many as well.”

Research Finds: Dogs Can Detect the Stress in Humans