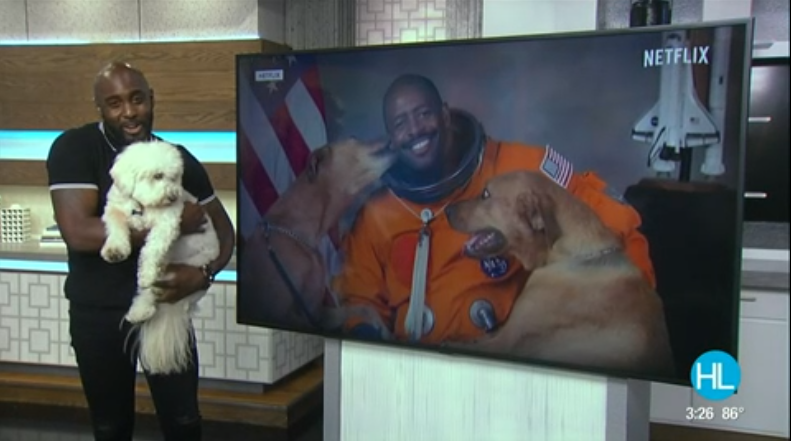 Story of a Former Astronaut on Netflix’s Dogs Season 2

We know it’s been a long time but our beloved best friends are back again!

Dogs return to explore the powerful bond between dogs and humanity in four new heartwarming yet intimate episodes. Whether it is the story of a military contractor, priest, astronaut, or the handler of a legendary university mascot, they show us how these beautiful animals occupy the same place in all our hearts-one reserved not just for pets but also family.

Apart from being a former astronaut, Melvin is also a former NFL player, dog rescue advocate, speaker, educator, and current engineer. He grew up with family dogs that include a collie named, King. Melvin’s official NASA photos describe being the most wholesome thing since kittens and cookies, except with the puppies.

The photo made Twitter rounds quite a few times, proving itself to be the perennial favorite.

Melvin in his official 2009 portrait was seen all smiles as his two rescue dogs – Scout and Jake-adorn him with puppy kisses and cuddles. Getting the pooches into the NASA photoshoot was not an as easy task. Melvin has to sneak them in. In Netflix’s season 2 of Dogs, Melvin takes two Rhodesian Ridgebacks on an emotional trip to pay respect to his friends, the deceased crew of space shuttle ‘Columbia’. You can also watch the entire story during episode two of the four-part series.