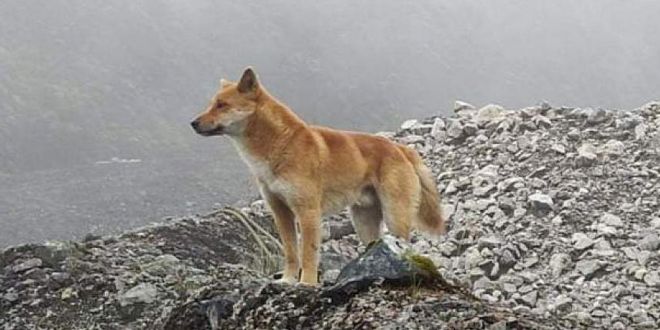 In a study published in PNAS, researchers used conservation biology and genomics to discover that the New Guinea singing dog, thought to be extinct for 50 years, still thrives. Scientists found that the ancestral dog population still stealthily wanders in the Highlands of New Guinea. This finding opens new doors for protecting a remarkable creature that can teach biologists about human vocal learning. The New Guinea singing dog can also be utilized as a valuable and unique animal model for studying how human vocal disorders arise and finding potential treatment opportunities. The study was performed by researchers at the National Human Genome Research Institute (NHGRI), part of the National Institutes of Health, Cenderawasih University in Indonesia, and other academic centers.

“The New Guinea singing dog that we know of today is a breed that was basically created by people,” said Elaine Ostrander, Ph.D., NIH Distinguished Investigator and senior author of the paper. “Eight were brought to the United States from the Highlands of New Guinea and bred with each other to create this group.”

In 2016, in collaboration with the University of Papua, the New Guinea Highland Wild Dog Foundation led an expedition to Puncak Jaya, a mountain summit in Papua, Indonesia. They reported 15 Highland Wild Dogs near the Grasberg Mine, the largest gold mine in the world.

A follow-up field study in 2018 allowed researchers to collect blood samples from three Highland Wild Dogs in their natural environment as well as demographic, physiological, and behavioral data.

“We found that New Guinea singing dogs and the Highland Wild Dogs have very similar genome sequences, much closer to each other than to any other canid known. In the tree of life, this makes them much more related to each other than modern breeds such as German shepherd or Bassett Hound,” Dr. Parker said.

“This kind of work is only possible because of NHGRI’s commitment to promoting comparative genomics, which allows researchers to compare the genome sequences of the Highland Wild Dog to that of a dozen other canid species,” Dr. Ostrander said.

Although New Guinea singing dogs and Highland Wild Dogs are a part of the dog species Canis lupus familiaris, researchers found that each contains genomic variants across their genomes that do not exist in other dogs that we know today.

“By getting to know these ancient, proto-dogs more, we will learn new facts about modern dog breeds and the history of dog domestication,” Dr. Ostrander said. “After all, so much of what we learn about dogs reflects back on humans.”

The researchers also aim to study New Guinea singing dogs in greater detail to learn more about the genomics underlying vocalization (a field that, to date, heavily relies on birdsong data). Since humans are biologically closer to dogs than birds, researchers hope to study New Guinea singing dogs to gain a more accurate insight into how vocalization and its deficits occur and the genomic underpinnings that could lead to future treatments for human patients.

NHGRI is one of the 27 institutes and centers at the National Institutes of Health. The NHGRI Extramural Research Program supports grants for research, and training and career development at sites nationwide.