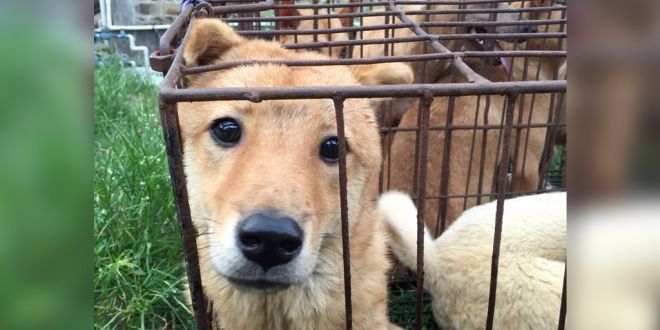 Unabated sale of dogs for consumption in Nagaland has once again drawn the attention and ire of Lok Sabha Member of Parliament(MP), Maneka Gandhi, who is also one of the leading animal rights activists in the country.

Maneka has shot off a letter to Jitendra Singh, minister of state for development of the northeastern region, asking him to crack down on the illegal sale and consumption of dog meat in these two northeastern states.

Maneka has shot off a letter to Jitendra Singh, minister of state for development of the northeastern region, asking him to crack down on the illegal sale and consumption of dog meat in these two northeastern states.

Her move comes at a time the Nagaland government is already weighing a ban on dog meat. But Singh’s ministry appears reluctant to interfere with local food habits.

Although there was no official word on the ministry’s response to Maneka’s letter, one of its officials said dog meat was considered a delicacy in parts of the Northeast, indicating the Centre might not act in a hurry.

Singh could not be reached for a reaction to Maneka’s letter, dated October 4. The letter says that more than 30,000 dogs are illegally smuggled every year into Nagaland from neighboring states in jute sacks with their mouths either tied or stitched shut.

“These animals are starved with no food or water and brutally beaten to death” before they are sold as meat, it says.

Maneka has further alleged that almost every district in Nagaland has a meat market where “at least 30-40 dogs are sold” every day. She has cited the Food Safety and Standards Regulations, 2011, which do not allow animals like dogs and cats to be slaughtered for food.

“Even restaurants serve dog meat in Nagaland and Mizoram, and display it on their menu without any fear of law,” her letter says.

According to Maneka, the gangs that smuggle dogs into Nagaland and Mizoram are involved in drugs and arms trafficking too. This nexus, she says, should be probed by the National Investigation Agency.

Maneka has attached the report of a survey conducted in Nagaland by Humane Society International, which estimates that at least 40 dogs are sold daily in Kohima and Dimapur. One kilo of dog meat costs Rs 200 and the consumption peaks during Christmas, the study says.

No such estimates have been cited for Mizoram. However, the letter mentions how the Mizoram government had issued orders in 2007 to stop the illegal trade in dogs, which Maneka says have not been implemented properly.