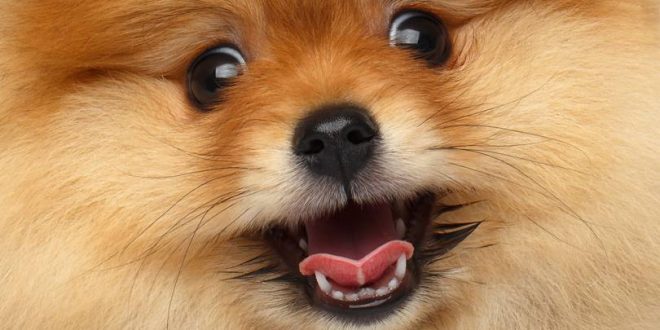 Meghan loved her new dog. Bodhi had tall ears, striking brown eyes and a thick coat of white and oak-coloured fur and a ruff-like neck. The pair took long strolls on Sunday mornings and Meghan felt immensely proud of her new, adopted friend. Then the problems started. Meghan’s friends and family commented on how wolf-like Bodhi looked.

She wasn’t buying it, so Meghan paid for a dog DNA test from a company called Embark. “Turns out, I was the one that was wrong,” she says. Bodhi wasn’t just wolf-like, he was eight per cent wolf. For Meghan, who lives in Wisconsin, this was a problem. Laws around dog-wolf hybrids are complicated, differing from city to city and county to county.

Take Wisconsin’s capital city Madison. There, a local ordinance means wolf hybrids are illegal and can be impounded. But travel outside Madison’s city limits and into the wider Dane County area and hybrids can roam freely.

It makes little sense, but neither does America. Across the US, over 900 cities have enacted breed-specific legislation and wolf-dog hybrid laws, ranging from muzzles to euthanasia. Without the DNA test, Meghan would have had no idea that her adopted pet was a wolf hybrid. Now she knows, she has to keep Bodhi’s ancestry a secret.

“I don’t tell anyone he’s a wolf because I worry about the reaction,” she says. “Apartment complexes have the right to make their own rules on what pets they allow, and I wouldn’t want anyone at the dog park to know in fear that they would kick me out.”

Pet care has changed dramatically in the past year with lockdown boredom driving demand for new puppies. While the need for dog toys and treats helped the US pet industry reach $99 billion last year, there has also been a surge in dog DNA tests, with interest in the dog DNA testing category growing by around 20 per cent in 2020.

These DNA services purport to tell dog owners everything about their new best friend from its development to its personality traits and, crucially for Meghan, its family tree.

There’s no shortage of companies promising to decode dog DNA. As well as Embark, there is Wisdom Panel, which claims to have analysed over two million dogs. EasyDNA, meanwhile, specialises in dog allergy tests.

The accuracy of these tests varies. Wisdom Panel’s database has aided scientists in better understanding the biology of both canine and human diseases – recently, this includes a newly-identified genetic variant related to lung disease. Others, like the low-cost DNAffirm, have been described as “woefully inaccurate”. But whatever their level of sophistication, such DNA tests are throwing up some weird results.

Most are harmless enough. Noel* recently adopted a puppy called Jasper from her local rescue in Louisiana. She was looking for a pet that could be a companion for her seven- year-old daughter so opted for what was described as a ‘Chiweenie’, a mix of Chihuahua and Dachshund that, when fully grown, stands at a menacing six to ten inches tall.

Noel was told Jasper and his littermates were found abandoned in the forest. Then she was told they were rescued after his mother was hit by a car. To try and find the truth, Noel ordered a DNA test.

When the results came back, she discovered the puppy was not, in fact, a chiweenie. Jasper was 50 per cent Labrador Retriever, 40.7 per cent Doberman Pinscher and 9.3 per cent Rottweiler. In other words, tiny Jasper would soon become very big.

“We find it pretty hilarious,” she says. At just over four months old the puppy weighs 34 pounds and counting. An adult chiweenie ordinarily weighs between five to twelve pounds. “The rescue could not have been more wrong about his mix.”

But then there are owners like Emily* who, like Meghan, discovered through a test her beloved pet, Robin, is a problem. Emily lives in the Canadian province of Ontario where, in 2005, a ban outlawed the breeding and import of pitbulls in a bid to eradicate them. Owners can face fines of up to CA$10,000 or six months in jail for not complying.

This worried Emily, whose pet shared more than a slight resemblance to a pitbull. When she ordered a DNA test the results confirmed her fears: Robin was 37 per cent pitbull.
Emily isn’t exactly sure what this means for Robin. “This could cause problems if someone in animal control decides she looks like a pit and therefore should be taken away,” she says. But instead of waiting to find out, Emily has a plan to avoid detection: lie. “If someone tried to do anything I could theoretically just say she’s a husky mix,” she says. “As long as I don’t go yelling that she’s a pit from the rooftops I should be fine.”

How seriously can these tests be taken? For both humans and our four-legged friends, DNA testing is in its relative infancy, and while Embark and Wisdom Panel have ever-growing databases and resources, they’re not without flaws.

In 2018, a group of veterinarians and medical professors called for the pet genetics industry to be “reined in”, writing that “companies will continue to profit by selling potentially misleading and often inaccurate information”. The veterinarians pointed to the case of a 13-year-old pug who was put to sleep after a $65 genetic test revealed she was suffering from a rare neurodegenerative condition. The test, it turned out, was wrong and the dog had been needlessly euthanised.

Bill Lambert, head of health and welfare at the Kennel Club, agrees that owners should not place too much emphasis on the results. “People often use [these tests] if they’re concerned their dog is not of the breed that is registered,” says Lambert. “These tests can inform on the probabilistic nature of the genetics that make up a dog but there is no DNA test that will tell you what breed of dog you have.”

Potential flaws are not only the fault of cheap DNA services but in the laws themselves. In the UK there are four banned breeds or breed types: Pit Bull Terrier, Japanese Tosa, Dogo Argentino and Fila Brasileiro. These dogs were traditionally bred for fighting and, in the organised world of dogfighting, still are.

Legislation banning these breeds was introduced as part of the Dangerous Dogs Act 1991 – but what can classify a dog as dangerous, however, is not based on DNA, pedigree or even its behaviour, but on how it looks. Under Section 1 of the Act, police officers have the power to seize any dog that appears to be a banned type. If seized, these dogs are impounded for further assessment or, if no resolution can be reached, are destroyed.

Such legislation is “fundamentally flawed,” says Lambert, who argues a dangerous dog cannot be determined on breed alone. “I could probably breed a Staffordshire Bull Terrier with a Rhodesian Ridgeback or a Labrador and get puppies that under the current law would be described as pitbulls even if, genetically, they’re not.”

The RSPCA also opposes the Act and is campaigning to see it replaced with legislation that assesses a dog’s aggressiveness not on how it looks but on a multitude of factors such as its upbringing and life experiences. Some studies even suggest that chihuahuas are more aggressive than pitbulls. For Meghan and Bohdie, the inflexibility in the law creates a problem – and one for which the only solution is to play dumb. “My dog has been invaluable to me during this time,” she says. “Pets are so wonderful because they love unconditionally. Knowing Bodhi has some wolf in him doesn’t change that.”