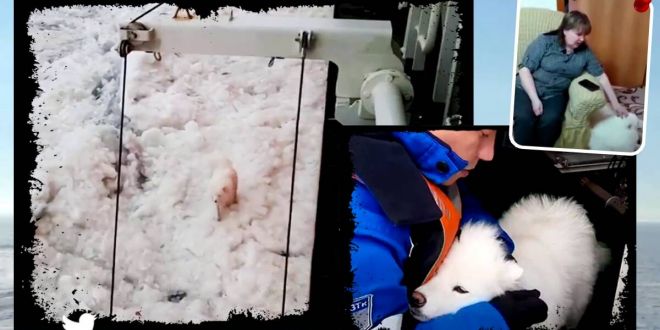 A heartwarming video of sailors rescuing a one-year-old dog stranded on a piece of floating ice in the Arctic, has won hearts on the web. The dog named Aika wandered away from her village and ended up on sea ice, which began to crack and drift.

Fortunately, Russian sailors passing the area spotted the dog on the piece of ice and rescued the animal. A ladder was lowered to the ice, and she climbed aboard. In a video, shared online, Aika is seen trying to step on the ladder thrown by the sailors in order to get into the vessel. The sailors whistled and threw treats towards the dog.

“We investigated all options for lifting the animal from the ice, and placed a ceremonial ladder which the dog used to get on board,” captain’s assistant Yevgeny Nagibin said in a video shared by the news agency. “Later we used mobile communications to contact locals, found the dog owner, and a few hours later the animal was safely returned to the village.”

According to The Moscow Times, Aika had been missing for over a week from the village of Mys Kamenniy on Russia’s Arctic coast. After a village-wide search, her owner Svetlana Chereshneva were unable to find the dog and resigned themselves to the belief that she was “gone for good”, the news website reported.

Fortunately, Aika was spotted by the Gazpromneft-Yamal workers on the Alexander Sannikov icebreaker while they were on their way to an oil terminal in the Gulf of Ob and stopped to rescue the dog, the news report added.

“When they showed me the video, I did not recognize her at first. She looked so unhappy, all covered with ice, and she did not walk well because she had pricked her little paws on the sharp ice,” she told the Russian Tyumenskaya Liniya news website, The Fox News reported. “Now she can walk more or less.” After being united, Aika was treated for her wounds and is more cheerful now, the website added.

Source: The Indian Express, Not edited by DogExpress staff 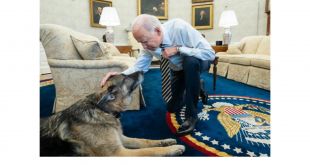