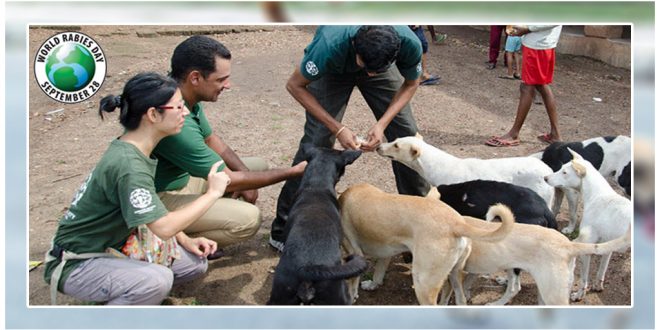 Municipal Corporation of Panchkula has decided to observe World Rabies Day today by organizing a walkathon. The walkathon is organized for spreading awareness among people about rabies and the measures they need to take in case of dog bites.

There are around 15 cases of dog bites reported on an average everyday at the Civil Hospital in Sector 6, Panchkula. However, Municipal commissioner Lalit Siwach says that the dog bite figures reported, are not accurate.

“There are only 3-4 dog bite cases in a month. If the numbers had been this high, there would have been a panic in the city.” According to the available data, 153 people were bitten in July alone.

Residents say the authorities wake up only after a serious incident occurs.

Vikrant Vohra, a local resident, said, “Stray dogs are a common sight in the city. In July, 11 people were bitten in a single day after which the authorities swung into action but now they again adopted a lackluster attitude.”

The MC has engaged a research scholar, Harish Tiwari, for the enumeration of dogs in Panchkula.

Mr. Tiwari said, “The counting is on and will be completed in a month. Estimates suggest that there are 9,000-10,000 stray dogs in Panchkula.”

The MC started today with a one-hour event to inform people about rabies and how to deal with dog bites.