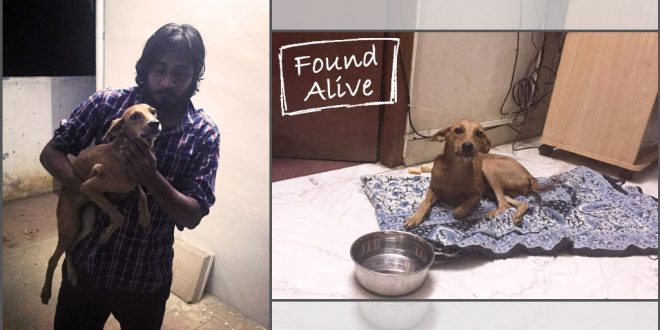 The Dog Thrown From A Roof Found Alive

Good News – The dog thrown from a roof found alive!

On Tuesday, one of the animal activists Shravan Krishnan, who was  involved in the pushing for the social media attention and police action on the animal cruelty issue, posted a picture of the dog last night.

Shravan Krishnan said, “The dog is unable to walk properly after the incident and  she is presently receiving medical attention. What breaks my heart is that she was still wagging her tail.” 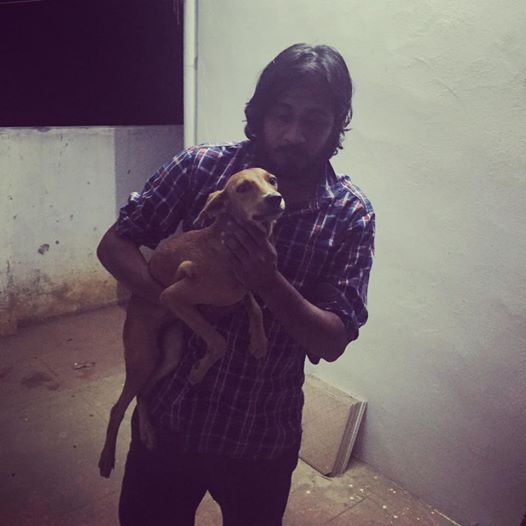 “We assumed the dog was dead because we couldn’t find her. We couldn’t speak to anyone around. The Inspector and his team visited the spot for an inquiry with the neighbors and they confirmed that this was the same dog thrown from a roof. We were called upon to come and check on the dog and take her for treatment. We confirmed she was the same dog because in the video, it looked like she was a female dog, there is a small black patch on her tail, her hind legs were injured and she wasn’t able to move properly. When I lifted her, she was shivering and peed all over because she was scared. However, later she became extremely timid and was wagging her tail throughout. We named her Bhadra.”

After preliminary examination of Bhadra at Vepery, she was found to have sustained fractures in 2 places, her right hind leg and her spine. Since the fractures have quite clearly happened around 2 weeks ago, it was a clear indication that this was the same dog as shown in the video that went viral. She was still in a state of considerable shock but wasn’t being difficult to treat. The doctor believes that she will recover fully in 4-6 weeks as she is very young (around 5 months old). She will be in the care of veterinarians at TANUVAS. 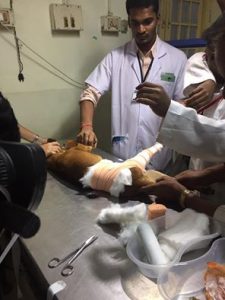 Chennai police arrested both the culprits but they were freed on bail instantly! Even with video evidence and so much of public outrage the culprits couldn’t be brought to justice. The laws are too lenient with a meager fine of Rs.50 for maiming or killing an animal! However, in recent past the Supreme Court of India has taken notice of the leniency in the animal cruelty laws and is looking forward to amend them.

How long this cruelty on animals is going to prevail in India? Do you want stringent laws for animal cruelty?