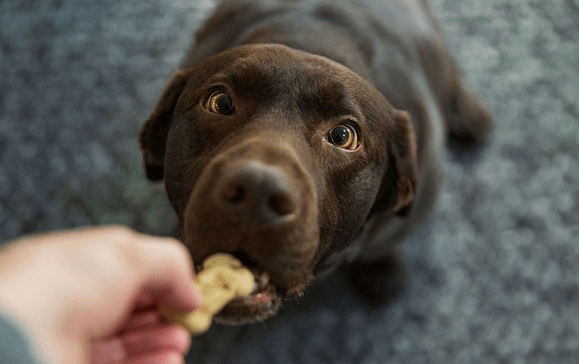 Dogs Don’t Return the Favor After Fed By Strangers

Food has been the currency of the 10,000 year-old-friendship between dogs and humans. The rapport started with our ancestors sharing food with wolves, and today, we show our love to our canine pets with treats and train them with goodies as motivation.

However, closer to the bond between dogs and humans, food sharing may be a one-way street. It means that dogs don’t seem to pay back the hand that feeds them.

In terms of dog evolution and domestication, their cooperativeness with humans might not be related to this form of cooperation: this reciprocal cooperation, where I help you and help me in the future.

As per the previous studies, dogs often repay other generous dogs with food tit-for-tat and take the initiative to rescue distressed humans from entrapment. As per McGetrick, his study is the first to look at the reciprocity between dogs and humans. His team wondered whether fed dogs would reward food to beneficent humans.

To get an answer to this question, the researchers trained 37 pet dogs to press a button and get food from the dispenser. Some dogs were gentle, laying their paws delicately on the button and nibbling their reward; other dogs mauled the button and chewed the enclosed box. Only one dog pressed the button with its hind legs.

After each dog associated the button with food, the button was placed in an adjacent room with a stranger (human) inside. The dog would remain in a different room with the food dispenser. A wire mesh fence separated the two rooms. The dog could observe the human controlling the coveted button. The situation had a helpful human helping them receive food while the other had an unhelpful human not releasing the button for food.

According to McGetrick, he was surprised to see when they were with unhelpful humans, they whined and made a fuss. It looked more like they were throwing a tantrum.

In the reversed situation, when researchers transferred the working button to the dog, dogs weren’t eager to press the button in their room when the food ended up with the human next door. Moreover, when it came to reciprocating the helpful humans who had previously fed the dog via the button or the unhelpful one who had refused, the dogs didn’t seem to distinguish between the two. They pushed the button equally for both groups.

The result indicates that dogs may not necessarily relate to something like gratitude. There is a possibility that they may strongly regard or consider others in their actions.