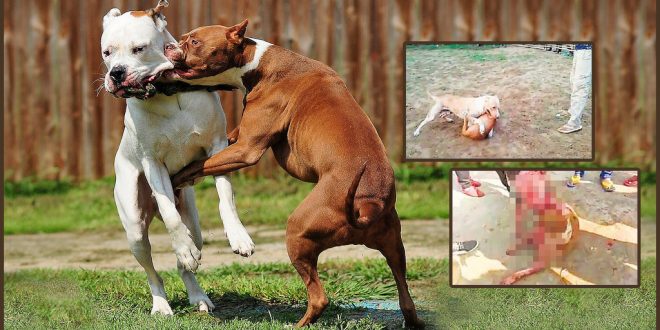 Dog Fighting – the blood sport continues in the town of Mullanpur, Punjab.

Yesterday, a dog fight was reported, where two pitbulls were seen ferociously fighting each other. Dog fighting even after being banned in India is still quite popular in these regions of Punjab and in some NCR areas. The time and date of these kinds of dog fights are usually decided over Whatsapp groups or on Facebook groups. 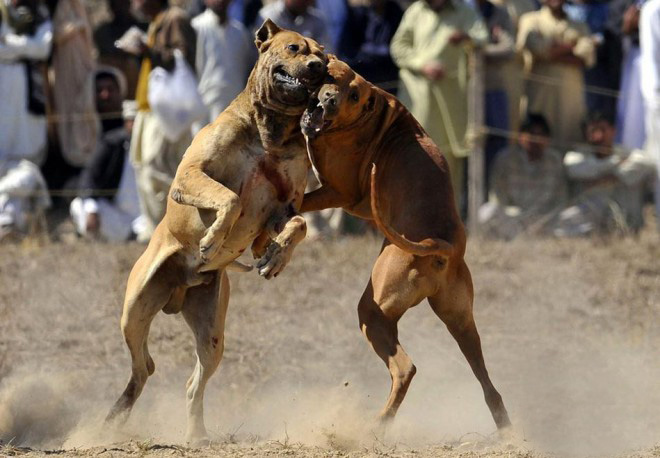 Dog fights are usually a fight to death, where a winner is declared after it kills the other dog. As per the rules, a dog is declared a loser if it fails to scratch, dies, or jumps out of the fighting pit. These dogs are specially bred and trained for fighting.

On Wednesday, a dog fight was held in Mullanpur, where two Pitbull dogs named Rocky and Mafia were put into a fighting pit. The fight continued for 17 minutes and at the end Rocky won the fight. PFA (People for Animals) received a tip about this fight happening but by the time they reached the spot, the fight was over and the losing dog was at the brink of death. Members from PFA registered a complaint to Mr. Suresh Arora, the DJP of Punjab Police.

An FIR would be done for this animal cruelty act. The chances of getting people punished for this kind of act is easier as cases like these are considered under Gambling Act.

According to PFA, a bet of Rs. 65,000 was decided between the owners. People watching the fight also took part in the betting. PFA collected the video of the dog fight which clearly showed the gruesome nature of the fight. The criminals responsible for conducting and participating in the dog fight fled before the police arrived on scene. One person (unknown) is responsible for organizing 14 dog fights in the region.

As most of the dog fighting gets planned via Facebook groups and Whatsapp groups. Here are a few groups that promote this blood sport openly. Bulli Dog & Game Fit Working dogs.  You can report these groups to be taken down!

What can be done to stop this Blood sport in India?