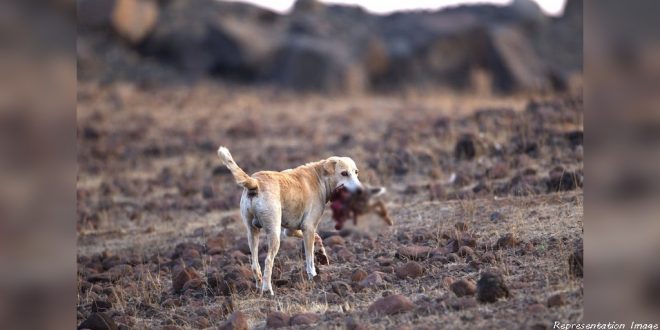 Fear of feral dogs has gripped a small village in Saharanpur district of UP after two infants were attacked and killed. With the cases of stray dogs attacking infants and elderly increasing rapidly, UP government has deployed a platoon of Provincial Armed Constabulary (PAC) in the village to protect the villagers from the attacks by the feral dogs.

The Dayalpur village has been facing this stray dog menace for quite some time now and things got serious when a pack of feral dogs was found feeding on a 28-day old infant.

Pawan Chaudhary who is the Inspector of Behat Kotwali confirmed that a platoon of PAC which included 14 jawans have been posted around the village along with forest department and municipal corporation authorities to guard the village against feral dog attacks.

A 28-day-old infant, who was sleeping beside his mother Amresho inside their village house on Friday was taken by a pack of stray dogs early morning. When the mother woke up, she found her child missing. Villagers came together to search for the missing baby. It is when they found a pack of stray dogs feeding on the infant. The dogs fled the area when the crowd charged at the dogs.

The inspector confirmed that to protect the villagers and small children from these man-eater dogs, PAC has been deployed. They are working with the forest department team.

R.N. Moti, one of the Shivalik forest ranger said that 14 feral dogs have been caught and released in the jungle so far. He has been staying in the village since Friday and monitoring the situation closely.

Wildlife experts claim that the concern here is the feral dogs have no human attachment and would attack humans similar to any other wild carnivore animal.

The Chairman of Wildlife Sciences Department in Aligarh Muslim University (AMU) Affaqullah Khan believes that these feral dogs have been feeding on carcasses in ‘Haridwar’, effluents of meat factories and slaughterhouses. This may have turned them into man-eaters.

A feral dog warning has also been released in the nearby villages of the Saharanpur district and villagers have been asked not to go close to these dogs. They may look like domesticated stray dogs but they hunt in packs and can kill humans.