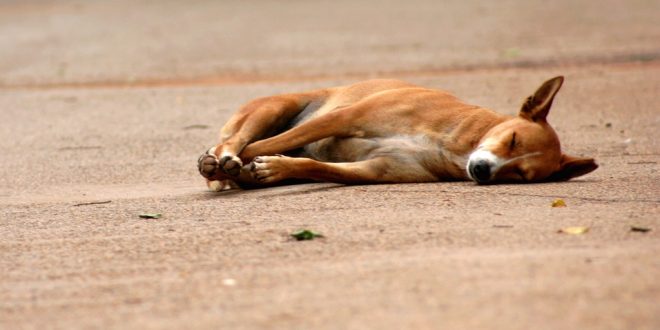 There have been a striking rise in the road accidents involving stray dogs in the Tricity. Various animal welfare activists confirm the fact that the number of cars hitting stray dogs have increased. Now they are getting 10 cases on an average per day which was earlier used to be 3 to 4 cases in two days.

SPCA (Society for the Prevention of Cruelty To Animals) has a shelter that takes care of over 100 dogs who were involved in road accidents, where reckless drivers ran over them. The rise in stray dog accident cases have also been confirmed by Furever Friends, run by Vikas Luthra and AWAP (Animal Welfare Association Panchkula).

The volunteers from SPCA seem to focus on the positive outcome though. One of the volunteer said that it is a good sign that people have started caring for these dogs as the number of people who report these cases have also increased. It shows that people are getting aware of the situation and want to help these canines.

From AWAP, Meenakshi Mahapatra said that there are many injured dog cases that don’t make it to them and the canines die on the spot. They have had cases where a puppy laid on the ground with a broken spine for over 30 minutes and later died during treatment. She believes that the actual number of daily accident cases is higher, some drivers or by-standers do not report it and the canines end up dead.

There have also been cases where the accidents were recorded over CCTV cameras and the actions were found deliberate. Meenakshi and Luthra both believe that some people injure stray dogs on purpose to remove them from the street. With winters approaching and fog being a big issue in the tricity, they expect the number of stray dog accident cases to rise.

In case, you see a stray dog hit by a car or lying on the road in pain, contact these animal welfare groups for help immediately. You can store these numbers for emergency.

Here are the numbers: