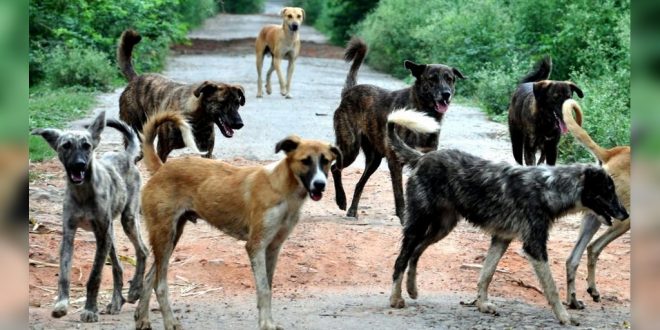 Doctors in the city attribute the sudden rise in vicious dog-bite incidents to the prevailing heatwave conditions in State. The attack on an eight-year-old boy by 10 dogs at Moula Ali is one among the several dog bite cases that were reported in the city over the past few weeks.

“While this is an issue every year, in the past one week the incidents have increased quite a bit. We are treating a minimum of 50 cases everyday. And this is not restricted only to children. Men, women, and the elderly are also being attacked.”

“This is an issue that recurs every year. Due to unavailability of food and water during summers, coupled with the excruciating heat, dogs become easily irritable. We constantly conduct awareness programmes, anti-rabies, sterilisation and de-worming drives.”

Meanwhile, residents and animal activists have begun pointing fingers at GHMC for not being able to curb the attacks.

“The government has failed to turn Telangana into a rabies-free State, like Goa or the Nilgiri district in Tamil Nadu.

Please Note: This article is not edited by DogExpress team!