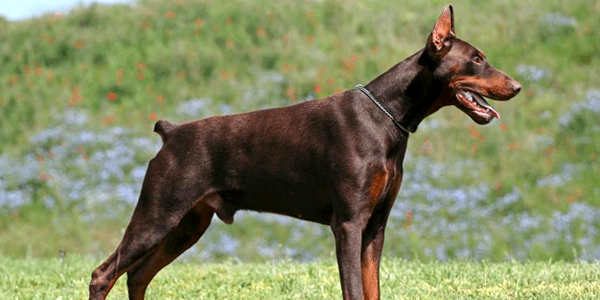 Origin of Name: The majestic Doberman gets its name from its creator Herr Karl Friedrich Louis Doberman, a tax collector in Germany by profession. He created a dog that was the perfect guard dog, which has a strong mouth, an excellent nose and phenomenal courage.

About Doberman Pinscher:
An athletic body, sharp ears and high agility, a Doberman Pinscher or Doberman as it is commonly known is a relatively new breed on the block. Historically known as the dog breed for the tax collectors, Doberman Pinschers have earned the reputation of being the most dangerous dogs in the canine world. A Doberman’s reputation is known to precede it. Doberman Pinschers have been bred to be not only excellent working dogs but also wonderful pets. Dobermans are respected the world over for their strength, ferociousness, intelligence, fearlessness and undying loyalty to their family.

Though the time lines are uncertain, it is said that Doberman were bred not less than 150 years ago in Germany around the year 1890 by Herr Karl F Louis Doberman. Louis was a tax collector and would have to travel to places that were dangerous as there were chances of being attacked by thieves or bandits. He wanted a dog that was strong, athletic and fiercely loyal. The breed was named after Herr Doberman in order to honor his contribution to developing this breed. Unique Aspects

Some of the common health issues that Dobermans might be prone are:

Temperament
Doberman Pinschers are one of the most intelligent and active dog breeds in the world. They are high on stamina and strength and love to stay with their family. Pet parents to a Doberman Pinscher will have to understand that their Doberman does not like to be left alone for long hours and that he / she will require a schedule that keeps them engaged mentally and physically. Doberman Pinschers are one of the most versatile dogs in the canine world. Extremely loyal, intelligent, adaptable, skilled and blessed with a strong protective instinct.

Procreation
Doberman Pinschers are a healthy and sturdy breed and become mature by the age of 3 - 4 years. If you are going to mate and breed your Doberman, make sure that you understand thoroughly the medical histories of his / her mating partner and also the medical history of the Doberman’s parents so make sure that they are not suffering from any serious genetic

Not much Friendly
Loves Kids 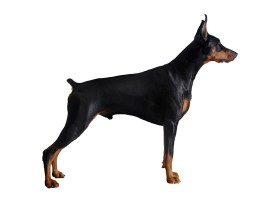 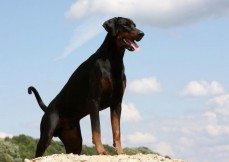