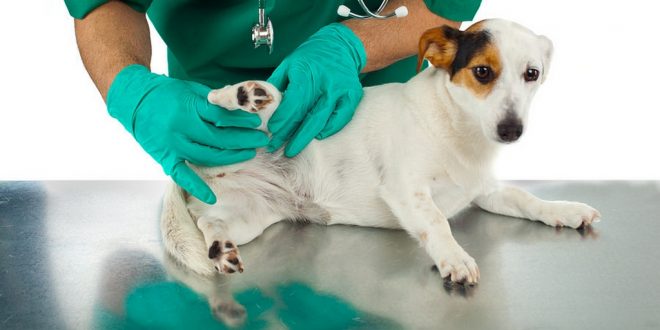 Dog owners from across the country, including Delhi and Gujarat, are turning up with their paralytic pets at the Indian Veterinary Research Institute (IVRI) for stem cell therapy. Scientists treat a paralyzed dog by transplanting stem cells from healthy dogs.

IVRI is the second institute in the country located at Izatnagar, Bareilly in Uttar Pradesh to offer this treatment, after Madras Veterinary College, Chennai.

According to scientists, no research has been conducted to determine the number of dogs who suffer from paralysis every year in India. However, the institute receives at least four cases every week of spinal trauma which causes paralysis in dogs. IVRI recorded 143 cases of posterior paralysis in 2016. These were treated with stem cell therapy and medicines.

“If dogs are treated only with medicines, recovery is witnessed only in a few cases,” said Amarpal (who goes by his first name), head and principal scientist, division of surgery, IVRI.

On an average, 17% recovery rate was noted among dogs administered only medicines. However, the best response was recorded among severely affected dogs when they were treated using stem cells, where almost all the patients responded to treatment to variable extent, said the scientist.

“Though we have cases where recovery was 100%, the average recovery rate is about 50%. The experiment proved the efficacy of stem cell therapy in cases of paralysis due to spinal trauma,” said Amarpal.

After seven years of research, stem cell therapy was started at IVRI five years ago for clinical purposes on a nominal registration fee of Rs 30.

Due to its success, pet owners from various parts of the country have started visiting the institute.

Scientists said spinal trauma leads to paralysis among dogs. However, many factors, including accidents, fights with other dogs and injury sustained during exercise are also responsible for spinal trauma.

Amarpal said, “The body of an animal has some cells which remain inactive during the normal course of life. In case of trauma, fracture and injury, these cells become active and participate in the healing process. However, the number of such cells is low and decreases further in case of chronic disease and old age and when the animal is under stress. We collect such stem cells from the bone marrow (of healthy dogs) in the laboratory and inject these into a patient to increase its number of cells. We have a store of such stem cells as we keep collecting them from healthy dogs with the approval of the owners and also keep culturing these cells in our laboratory. Stem cells can be transplanted from one dog to another without any risk of rejection.”

The paralytic dog is first administered anesthesia before the stem cells are injected into its spinal cord. It takes only one session for a dog to undergo the therapy and it is discharged the same day. After this, the owner has to bring his pet for check-ups for two or more times so that vets can monitor how the animal is responding to the treatment and if it is suffering from any reaction, said Amarpal.

Share Your thoughts with us  in the comments below!