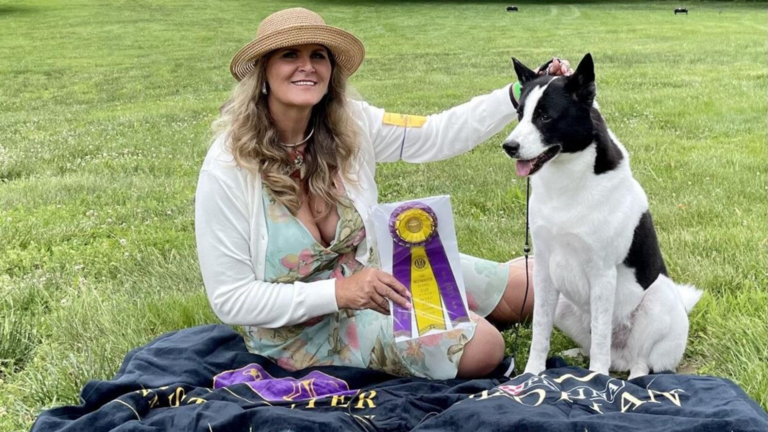 Avi, a rare Canaan Dog, a product of evolutionary selective breeding that’s what his owners call ‘the perfect specimen’. 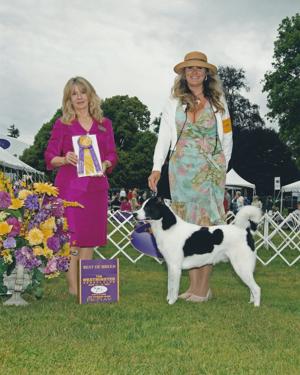 The 50 pounds white and black pup is named ‘Avi’ for short has a big heritage to uphold. One of just a couple thousand purebred Canaan Dogs in the world, Avi captured his fourth straight Westminster Kennel Club Dog Show title last week in New York City. He won among the category of breed class and represented Canaans in the herding group semi-finals.

Owners Cynthia Dodson and David Golden traveled from their home in Marshall with professional handler Brittany Cipriotti of Bealeton to the historic Lyndhurt estate north of the city for the nation’s most prestigious dog show.

The four straight victories are unprecedented, but the winning formula is in the bloodlines. A few years ago, Avi’s uncle, Magnum, was a Canaan class winner at Westminster. He was placed fourth in the herding group semi-finals in the highest placing for the breed.

Avi has successfully carried on genes, winning most of the nation’s top dog show prizes, including taking the herding group title at the National Dog Show last year.

Westminster is one of the very few dog shows left in the country where dogs have to be out and where people can interact with them.

David told a magazine reporter after the final win, “It gives us a chance to educate folks about the history and the characteristics of the Canaan Dog. And that’s what I liked the best. It was my favorite part of the whole weekend.” 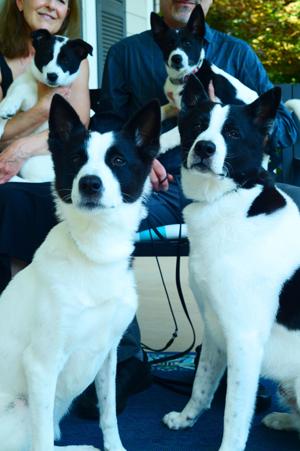 The Canaan Dog is one of the oldest breeds in the world, dating back thousands of years to the Middle East.

Also known as the Palestinian Pariah Dog and Bedouin Sheepdog, the breed was revered for their loyalty and alertness, initially used by Bedouin tribes for guarding camps and livestock.

David said that though Canaans are known for their intelligence, Avi is a cut above. “He rings a bell to let us know when he needs to go out or actually when he wants to go out, I guess. He pulls on a bell we have hanging on the doorknob. This is a really smart dog, a really smart breed. They are great pets and wonderful companions.