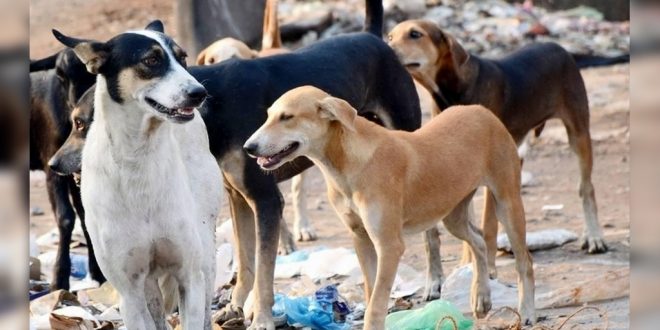 According to reports, around 7 people have been attacked by stray dogs in Killipaalam yesterday morning.

The witnesses stated that the stray dogs randomly attacked and bit people walking down the street.

The dogs chased many pedestrians and tried to bite them. 7 people were injured and were taken to General Hospital and given Anti-rabies vaccine.

The ward councilors blamed the garbage pile up in the area. They said that the open garbage piles attract stray dogs. These hungry dogs then attack pedestrians crossing the street.

The ward councilor, Karamana Ajith said that these narrow roads are dumping grounds for meat waste.

The meat scraps and bones dumped by the various meat shops attract stray dogs to the area.

The Municipal corporation team caught 5 stray dogs from the area after the attack. However, the officials were unable to capture the dogs that were responsible for biting the pedestrians.

For more daily dog news India, Subscribe to our newsletter!