Home / News & Cause / Pet Dog In Gurgaon Kidnapped, Killed & Eaten By A Group Of Men 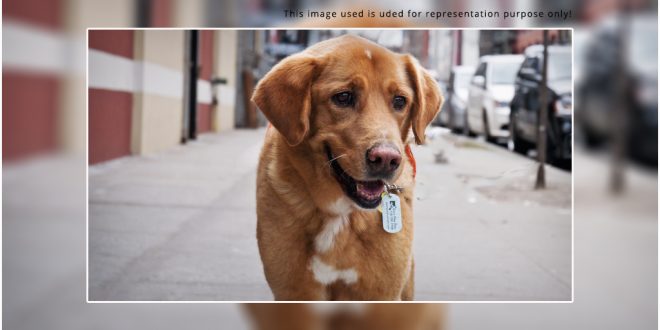 Pet Dog In Gurgaon Kidnapped, Killed & Eaten By A Group Of Men

The Gurgaon group of NGO People For Animals (PFA) on Tuesday registered a police complaint that a pet dog named Brownie was kidnapped from DLF Phase-II area and killed by a group of men. The complaint also states that the killers also cooked the dog and ate its meat.

The dog was missing since April 1, 2017 and the dog’s owner – Anupama Srivastav, filled the missing report with the police on April 17, 2017. The owner also approached PFA Gurgaon to help in finding the dog. She printed 2000 posters of her dog “Browine” and announced a reward of Rs 5,000 to anyone who could provide information about the pet.

After seeing the poster, two people contacted her and informed that a similar looking dog was taken to a house near Sikanderpur village, where it was beaten to death by a group of unidentified men.

Srivastav immediately complained to PFA regarding the incident and requested them to intervene.

“Two people separately contacted the owner and PFA, saying after the dog was stolen, its mouth and legs were tied, it was taken to a house near the Sikanderpur Ghosi community centre by one Philip, where it was killed and eaten. A video later surfaced showing the pet being beaten and killed for its meat. We submitted all the five video clips of the suspects, including one of the house where Brownie is suspected to have been killed and eaten. In another video, the faces of the suspects are visible clearly and they can be heard admitting to eating the dog. We also shared the Google Map location of the house in Sikanderpur Ghosi and hope the accused receive severe punishments.”

Anupama Srivastav was shocked when the PFA people told her that her pet dog was indeed killed and eaten. She demands that strict action should be taken against the accused.

“As per the NGO’s claim, an FIR was registered and we are verifying the facts. Philip is under the scanner. We’re also studying the video clips provided by the NGO,” said inspector Sudip Kumar, SHO, DLF 2 police station.

What punishment is justifiable for the perpetrators? Share your thoughts on this barbaric incident in the comments below!