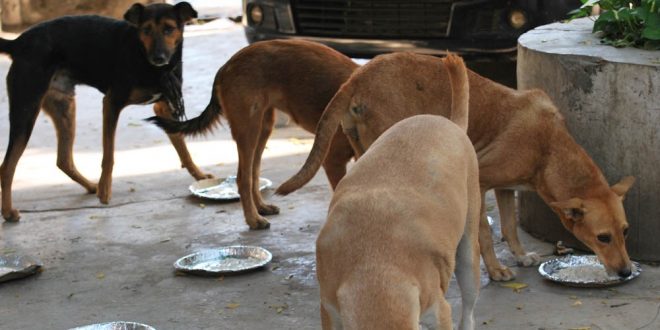 People Run Campaign Not To Feed Stray Dogs In Dehradun

A group of prominent people in Dehradun have started a social campaign via WhatsApp requesting other people to not to feed stray dogs in their locality. They believe that stray dogs in the locality are a nuisance and regularly assault the workers and bike riders.

Their campaign says that the people who feed stray dogs should be held responsible for any assault on people by those stray dogs. They will have to pay the medical bills for badly assaulted people by the pack of stray dogs.

Reason of running a social campaign

“The stray dogs being territorial animals occupy the area where they are fed. They also breed robustly after every three months. Such dogs create menace for people living in the area and are more aggressive towards the softer targets such as old persons, children and women. Those who feed should take complete responsibility for their action and compassion should not end at feeding stray animals. Either they should adopt the stray dogs as I have done or the local authorities must charge them a fee to pay for the medical expenses of collateral damage caused by this action.”

“It has become difficult to walk around my house in cantonment where several dogs chase female or bitches with their puppies, scare people away,” said by Smita Nair, researcher on elephants.

“We Indians will never accept the strong measures adopted by many countries like culling to minimize the dogs’ population but we can certainly opt for softer options such as castration of all male dogs within a short span. In ten years, their population will get stabilized at small number.”

Reference :The Times Of India

Do you agree with these people? Please share your thoughts and ideas to tackle this growing issue in the comments below!