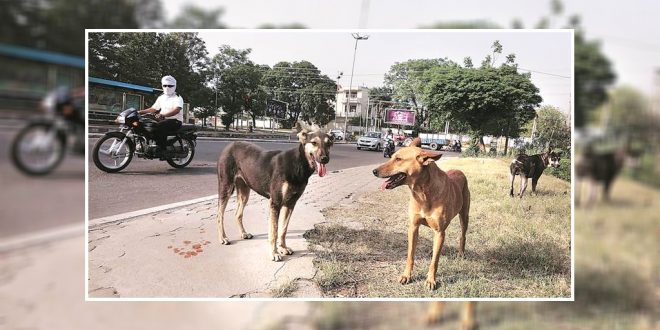 Recently, Mohali Municipal Corporation decided to go in for area-wise sterilization in the city. The corporation will also organize awareness camps during which members of NGOs would tell people how to avoid dog bites.

The team has started the process and the upgrading of the operating theatre is still in progress.  The number of dogs to be sterilized daily will go up once the upgrade is done.

Arrangements have also been made to provide post-operative care to dogs.

A corporation official said, “According to information provided by various NGOs, there were fewer than 5,000 stray dogs in Mohali town.”

Dr Surinder Singh, SMO in charge of the Civil Hospital said that there had been a drop in dog-bite cases. The hospital received 201 cases in June, however in July the figure was 88 so far. The average had dropped from six or seven cases a day to four or five this month. A total of 1,105 victims had approached the hospital from January to June.

Avneet Kaur, Corporation Joint Commissioner said that the sterilization would be undertaken phase-wise, beginning from Phase I. This would help officials assess the results with more clarity. Besides, awareness camps would be organized during which members of NGOs would tell people how to avoid dog bites. The civic body was tying up with the People for Animals in this regard.

The Joint Commissioner said that no one has approached the corporation to get the medical bills relating to dog-bite treatment reimbursed. The civic body has decided to reimburse the bills of those who recieved treatment from government doctors.

However, the parents of minor children, who were seriously injured by stray dogs, are unhappy with the corporation’s “indifferent” attitude.

Paramjit Singh, whose 3-year-old child, Japdeep Singh’s lip was bitten by a stray dog said that he has spent Rs. 20,000 on the treatment so far. More money was needed as plastic surgery was yet to be done. He said he was not given any assistance by the corporation. He sent a legal notice to the civic body but received no reply.

Rahul Kalkal said his son, Rudravir, was bitten by a rabid dog and the family remained under tremendous stress during the observation period after the bite. He has spent Rs. 9,000 on treatment and wanted to get it reimbursed. However, no help was forthcoming from the corporation because the treatment was done by a private doctor. He said a dog-bite victim was compelled to seek medical help. Therefore, suffering a dog bite should be enough to form the basis of reimbursement and not whether the treatment was done by a private or a government doctor.