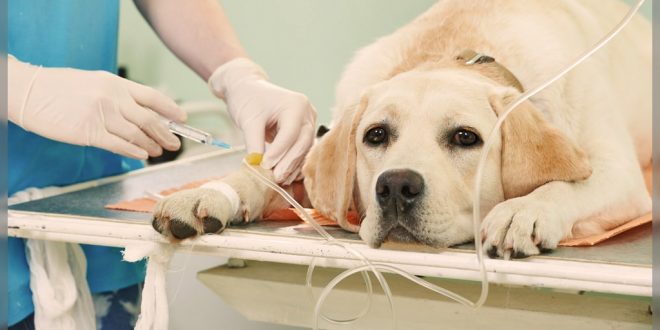 Kidney Failure In Pet Dogs On The Rise In Mumbai

Kidney failure in pet dogs have increased 20% in the past one year!

Recently, veterinarians in Mumbai have concluded that the increase in the number of kidney failure in pet dogs is due to a high protein diet and less exercising. It is shocking to know that more dogs in the city are dying of kidney failure that cancer.

Kidney failure in dogs is not an new fact that a sedentary lifestyle ends up causing health problems. This problem is not only limited to humans. Pet dogs in the city are also falling prey to it.

According to data collected from Mumbai

Mumbai’s 2 dialysis centers for dogs indicate that in last 5 years, 650 dogs have been treated for kidney ailments out of which 252 were put on dialysis support.

“Every year, we are seeing a 20 per cent rise in renal ailments amongst dogs,” said Kaustubh Garud, a nephrologist attached with the Bombay Veterinary College and Hospital in Parel.

Lt Col J C Khanna, the hospital superintendent, said that of the total number of dogs admitted in the hospital, 25 per cent have renal problems. Kidney failure in pet dogs is rising fast!

According to RD Velankar, assistant professor at the hospital’s college, most pet dogs are fed a lot but not been made to do the equal amount of exercise so that they could digest the food properly.

“High-protein diet and no exercise is a major reason why pet dogs are developing kidney ailments,” he explained.

Though there is no option of kidney transplant, the city has two dialysis centers one in Parel’s veterinary college and another is Ghatkopar’s Pet Clinic Kidney Care and Dialysis Care Center – to put critical dogs on dialysis support.

“Even drug abuse amongst dogs is a common reason for kidney problems. Dogs are administered antibiotics frequently for fever,” said by Garud, who handles the dialysis unit at Bombay Veterinary hospital.

In 50 % of the cases, dogs with renal failure die.

“A lot of pet dogs I see have urinary infection. Negligence by owners can lead to kidney ailments which advances and leaves fewer options for treatment,”  according to Dr. Ekta Thakkar.

A single dialysis session can cost Rs 4000, more than what it cost humans for one session, due to imported tubes, filter and lack of abundant facility. Dogs require dialysis twice or thrice a week depending on how critical their kidney function is.

“Only in acute cases, we can reverse the progression. In chronic failure, there is little hope. Very few people know this but raisins and grapes can cause toxicity in dogs leading to kidney failure,” added Garud.

Is your pet dog getting its daily exercise? Share with us in the comments below!