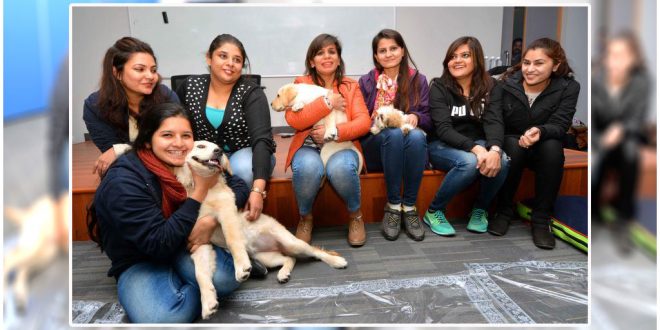 A law student, Shrishti Sharma, along with her three friends came up with pet therapy as a business idea. Their goal was to bring down everyday stress of employees at work by bringing canine therapy to them. 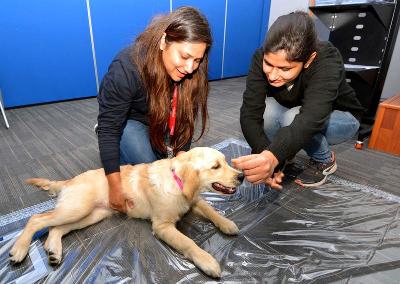 Shrishti with three of her friends — Animesh Katiar (a lawyer), Arushi Dixit (a designer), and Kunal Daral (an IT professional) created this startup that spreads and celebrates dog love, and also generate revenue.

They adopted three dogs – Muffin (a labrador), Cocoa (a shih tzu) and Angel (a golden retriever) and launched ‘The Fur Ball Story‘ in December last year. They have been holding pet therapy sessions in many corporations in New Delhi. Since the concept is new in India, it has been met with excellent response. 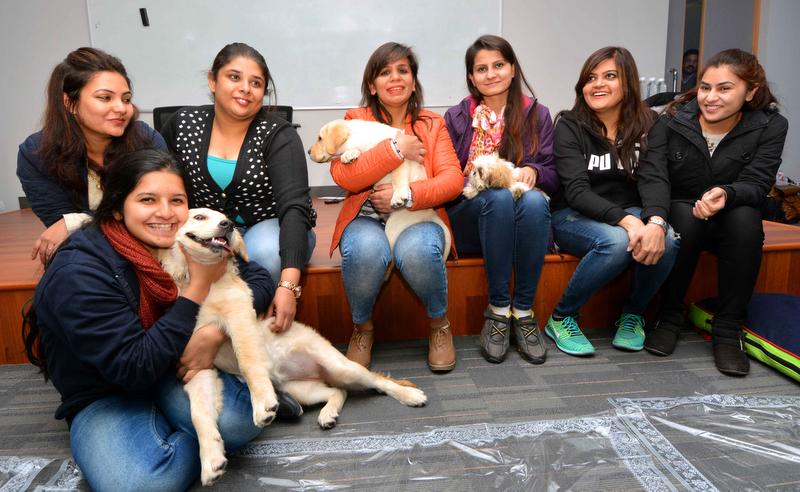 “Recently, we held a session for over 200 employees of MakeMyTrip (the travel portal). In these sessions, we aim to de-stress the employees and also help them overcome their fear of dogs,” says Sharma.

Ananya Nair, a MakeMyTrip employee who attended the session held on February 8, says, “We thoroughly enjoyed it. The three fur balls — Cocoa, Muffin and Angel — lifted our moods and helped us beat down corporate stress.”

A similar session was held in an IT company

Rijita Ray, one of the 200 participating employees, felt all energized after she attended the 10-minute session. “It was a much-needed break from the everyday routine,” says Ray, who works as human resources manager

Sharma was sure about their business model when they started. “It has been scientifically proven that a dog’s company can bring down stress in humans. Pet therapy was already popular in western countries. Also. there is just one organization besides us (Mumbai- based Animals Angels Foundation) in India that organizes such sessions,” she says.

“Pet therapy sessions have a great scope in India. Therapy dogs undergo special three-month training and while five-month-old Angel will soon complete her training, three-month-old Muffin will be trained by the time he turns six or seven months. Cocoa, who is also three months old, is yet to be trained,” Vinod Anand says.

He adds that toys and treats are used to ensure dogs gradually become friendlier. The training usually starts from the time dogs reach three months. The handlers accompany the dogs during therapy sessions. “We are also training the startup co-founders so that they can gradually become handlers,” Anand, who has worked as a dog trainer in Hong Kong for four years and returned to India around two years back, says.