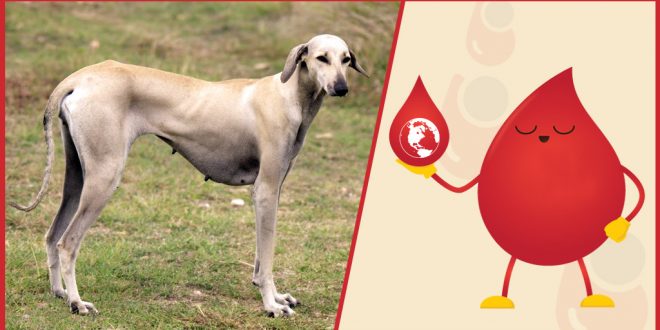 After 18 months of research, Tamil Nadu Veterinary and Animal Sciences University (TANUVAS) has declared that the native Indian Chippiparai is the new universal blood donor for dogs in the country. Greyhound were considered the only dog breed as universal blood donors before.

On 14 June, 2016 – On the occasion of World Donor Day, S Thilagar, the Vice-chancellor of TANUVAS made the announcement in the honor of dogs that donated blood in the past.

“We need to have more research on projects like this to benefit our community of pets and pet owners directly,” he said.

According to TANUVAS research, in Indian Chippiparai breed, the negativity of the antigen in DEA 1.1 was found to be around 73.3%, this caused them to consider this breed as the universal donor, similar to the Greyhound. Indian Chippiparai, is a sighthound breed that belongs to one of the 200 native Indian hounds.

“We chose hounds because of their low subcutaneous fat and athletic body structure. This makes for convenient IV (intravenous) access. Unlike humans, blood from a dog is taken from the jugular vein in the neck,” explained Dr G R Baranidhara (lead investigator & blood bank officer).

The 18 -month study will now be closely followed by many researchers to understand the genetics of Indian Chippiparai breed. They would study the reason behind the presence or absence of alternative blood varieties such as DEA 1.2,3,4,5,6,7 and 8.

“The next step is to try and identify any other antigens in the blood that would help standardize the blood donation process in dogs,”explained Dr G R Baranidharan.