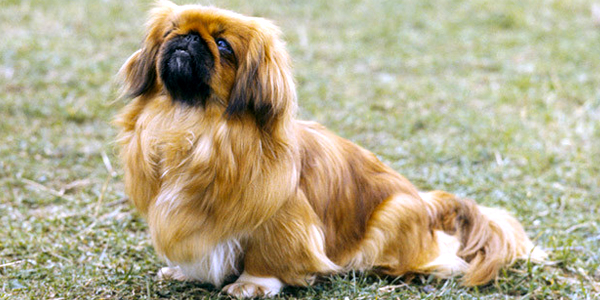 Bow down to Royalty!

Origin of Name: The Pekingese get their name from the ancient Chinese city of Peking, which is present-day Beijing. They’re known as Pekes for short. They are also called ‘Lion Dog’ because of their unmistakably leonine coat and dignified demeanor.

About Pekingese :
Legend has it that the Pekingese is the product of a lion that fell in love with a monkey. Considering they’re known for their boldness, independence and courage, this isn’t hard to believe! They even survived the sinking of the Titanic. Living with a Pekingese is asking to living with royalty. Having been bred to serve as companion dogs for the Chinese royalty, Pekes are happiest when in your arms or at least at arm’s length from you. Affectionate and cuddly, this breed is the quintessential lap dog.

Pekingese were known to exist as far back as the 8th century, where they were bred to be companion and guard dogs to the royal families of the Tang Dynasty. Chinese emperors used them to act as guards, with two dogs “manning” the entrance to bark to announce the arrival of their master, and two dogs holding the ends of the royal robe in their mouths The soldiers took the Pekes as symbols of victory and presented two of them to the Duchess of Wellington, two to the Duke and Duchess of Richmond and Gordon, and one to Queen Victoria herself.

Pekes are known to make great one-person dogs, though they do very well with families, too. They can be really affectionate towards family and quite aloof towards strangers, but most of all, they are known for their lack of patience towards young children. Pekes like to be the child in the family, so if you have or are planning on having babies, make sure your Peke is socialized with the child from an early age.

Pekes have delicate physiology and will most likely require several visits to the vet. Some of the common Health problem are:-

Temperament
Pekes are known for their bravery and an unshakeable independent streak. They are also very stubborn dogs, which make them amongst the hardest breeds to train, especially with recall. They make wonderful companions and are very affectionate towards their family, but this may not be the best choice if you have small children around. Pekes want to be the child in the house and other children tend to annoy them. They are known to be great one-man dogs, so if you prefer the quiet life and live alone, a Peke would be the best dog for you.

Training & Intelligence
The Pekingese is doubtless an intelligent breed, but they have a stubborn streak that can come in the way of training. Start at an early age and remember to socialize them with both youngsters and adults, if they will later be expected to tolerate a toddler or two. They’re likely to learn much better with positive reinforcement methods and promises of treats for every lesson learnt.

Procreation
Pekingese are not an easy breed when it comes to breeding. There can be a lot of complications involved in their mating, the most common being a fairly high rate of C-section amongst them. An average male and female Pekingese will attain sexual maturity anywhere between six to nine months of age, although he or she will still be too young to breed. An ideal age to cross your Peke is after he or she is two years old.

Most difficult to train
' Stubborn streak 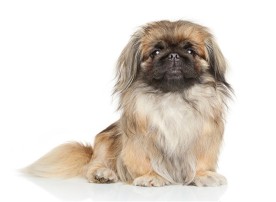 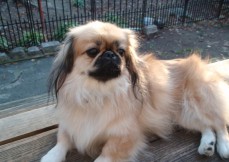 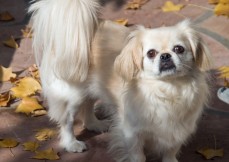 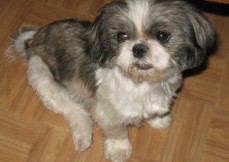