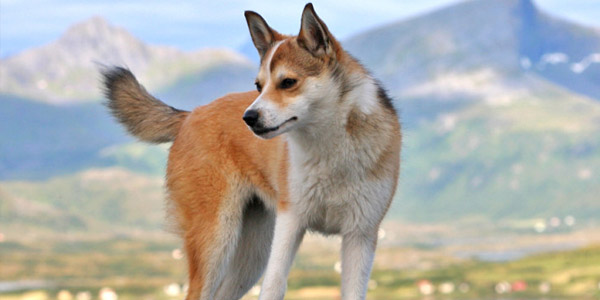 Origin of Name: Norwegian Lundehund is a small rectangular and agile Spitz breed with unique features not found in any other breed. Originally from the remote islands of the Arctic Norway, the dog was used to fight and live puffin birds recover from the crevices of steep vertical cliffs.

About Norwegian Lundehund
The Norwegian Lundehund, also known as the Puffin Dog, the Norsk Lundehund, the Lundehund or simply the Lundie, is one of the world’s rarest domestic dog breeds. The Lundehund gets its name from the lunde, or Puffin bird (Fratercula arctica). This compact, ancient breed was developed on desolate arctic islands to hunt young Puffins on high rocky cliffs.

In the 19th century, hunting Puffin birds for meat and feather crop became illegal when the bird was named a protected species. After this the Norwegian Lundehund declined greatly in numbers as the farmers had less use for them.

Around the time of World War II, the Norwegian Lundehund neared extinction; however a few Norwegian breeders revived the breed. The Lundehund was recently recognized by the American Kennel Club in 2011, and still remains small in numbers.

By the end of the 20th century, there were about 350 Lundehunds in Norway and somewhere between 700 and 800 worldwide. Authorities now say with some confidence that the Lundehund has been saved from extinction. Today’s Lundies no longer collect fledgling Puffins, as that practice has been banned. Instead, they are beloved family companions and increasingly formidable competitors in the conformation and performance rings.

The Norwegian Lundehund lives an average of 12 years, though those inflicted with Lundehund Syndrome may live less. This disease occurs when the dog’s digestive tract does not function properly, unable to absorb necessary nutrients it's important to be aware of them if you're considering this breed.

Temperament
The Norwegian Lundehund is a very friendly and happy small dog breed, and gets along well with children and strangers. If the dog is not properly socialized as a pup, it may be shy, especially around strangers, but it does not have aggressive tendencies.The Norwegian Lundehund is protective of its family in a non-violent way and can still be traced back to its Norwegian roots as it loves to dig and stash food as if preparing for winter.

Training & Intelligence
Training Lundehunds can be challenging. These are smart animals that usually understand what their owners want them to do. However, they often choose to do something entirely different. It takes a great deal of patience, an arsenal of tasty treats and a good sense of humor to work with this breed. Lundehunds do not respond well to rough treatment, loud commands, harsh corrections or unrealistic demands. Their training should emphasize consistent, kind but firm positive reinforcement rather than punishment.

Procreation
Generally a dog takes around 18 months to reach his or her full height and structure. It is advisable to breed your dogs after at least two years of age. If you are a first timer at breeding then taking a vets help.

Not easy to train
Intelligent Breed 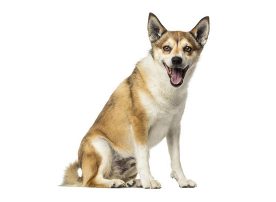 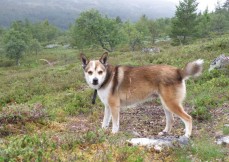 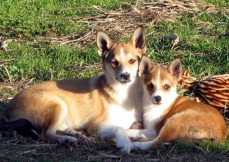 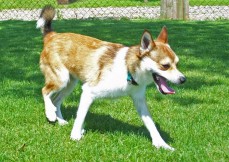 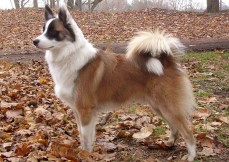