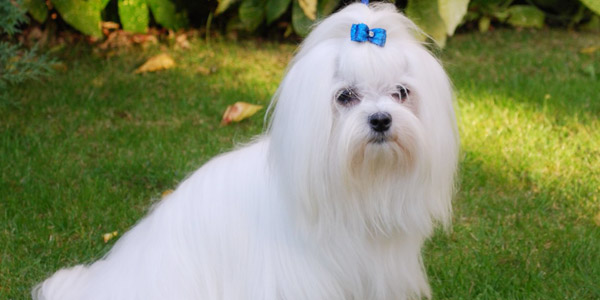 Origin of Name: The Maltese is a small breed of dog in the Toy Group. It descends from dogs originating in the Central Mediterranean Area. The breed name and origins are generally understood to derive from the Mediterranean island nation of Malta; however, the name is sometimes described with reference to a defunct Sicilian town called Melita.

The Maltese is thought to be among the most ancient of breeds on the planet with records of them being found dating back 8000 years. Although the ancient Greeks and Romans thought the dog originated on the Island of Malta, there is no real evidence to prove this is true.

By the mid-1800s and early 1900s, breeders here in the UK thought the Maltese should belong to the Terrier group all thanks to their fearless and courageous natures. This together with the fact, the Maltese was a highly skilled ratter, reminded many of a terrier-type dog. However, not everyone agreed and so the Maltese was simply referred to as a "Maltese Dog" from there onwards.

Between 1859 and 1873, there were twenty-four Maltese dogs registered in The Kennel Club stud book. It was a time when Lady Giffard who was a huge fan of the breed, promoted these pure white dogs that boasted such silky coats and kind natures to other interested parties. Maltese dogs can be seen in many paintings and this includes of royalty with Queen Elizabeth I as well as Queen Victoria having been painted with their loyal white companions. They were painted by illustrious masters like Goya and Joshua Reynolds and it is thought Mary Queen of Scots owned one of these charming little dogs too.

The Duchess of Kent commissioned Sir Edwin Landseer to paint her little dog called "Quiz" and then commissioned the artist to paint another of her Maltese dogs called Lambkin. Over the years, these lovely looking little white dogs have become a firm and popular favourite with many people, not only here in the UK, but elsewhere in the world too.

The Maltese dog breed is exceptionally long-lived, with an average life span of 15 years or more. This is higher compared to the median lifespan of most purebred dogs (10 to 13 years), and also higher than most breeds similar in size. Potential hereditary defects and disorders commonly found, but not necessarily found, in the Maltese are as follows:

Temperament
The Maltese is gentle, affectionate, intelligent, responsive and trusting. A good family dog, Maltese are lively, playful, vigorous, and they generally enjoys learning tricks. They can be snappy with raucous children. The petite build of the Maltese belies its fearless presence. Highly alert, the Maltese elicits a flurry of barking in response to unfamiliar noises.

Training & Intelligence
Maltese are highly trainable and unlike other toy breeds, possess a desire to please. Some can have an independent streak, but that can generally be overcome by keeping training interesting and mixing up the routine a bit. Once your Maltese realizes there are treats in the deal, he'll perk up and catch on quickly. Toy breeds should never be treated harshly or given physical corrections. Rewarding good behavior and ignoring bad is the best method to train a Maltese.

Procreation
Generally a dog takes around 18 months to reach his or her full height and structure. It is advisable to breed your dogs after at least two years of age. If you are a first timer at breeding then taking a vets help. 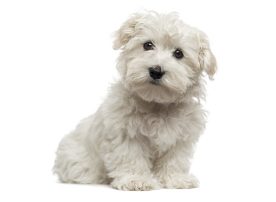 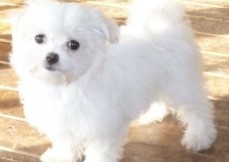 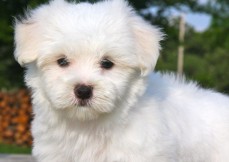 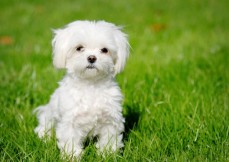 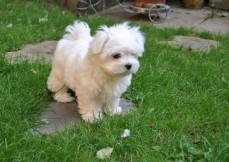