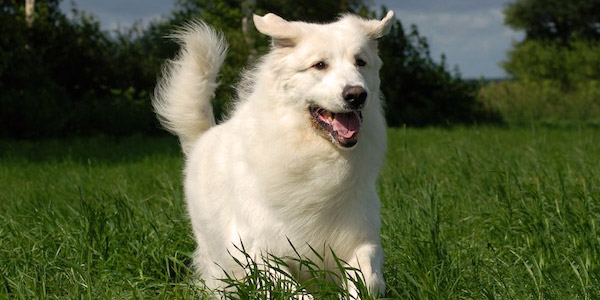 Origin of Name: Great Pyrenees a polar bear named, originating in France and Spain at the junction of the more cow mountain, so also known as the Great Pyrenees dog. The main use for guard dogs, rescue dogs and companion dogs.

Availability : Easy to get

About Great Pyrenees
The Great Pyrenees is a giant purebred known for being affectionate, alert, gentle, independent, loyal, and quiet. The most common colors for Great Pyrenees are brown, gray, red, and white. To keep it healthy, it will need to get exercise regularly. Known to be multi-talented, the Great Pyrenees participates in a wide variety of activities such as carting, guarding, and sledding.

Throughout the 1800s, the breed gained popularity throughout England, Europe, and the United States. He was introduced into the St. Bernard's breeding program in Switzerland in an effort to reestablish the numbers of dogs at the famous hospice where the St. Bernard originated. In the Pyr's homeland, however, the breed began to deteriorate due to unscrupulous breeding practices.

The two World Wars took a toll on all dog breeding; luckily several Great Pyrenees were imported to the United States before the European continent was effectively closed due to World War II. After the war, breeders began efforts to restore the breed to its former glory, and today the Great Pyrenees is a much-loved and admired dog.

Great Pyrenees are generally healthy, but like all breeds, they're prone to certain health conditions. Not all Great Pyrenees will get any or all of these diseases, but it's important to be aware of them if you're considering this breed.

Temperament
Pyrenees are patient and gentle with kids in their own family, but often don't take kindly to outside children engaging in rough play with their charges. These gentle giants love to play, and their favorite time to romp and play is after a good snow. In nature, the Great Pyrenees is safe, friendly and caring.

Training & Intelligence
A Pyrenees can be difficult to train because of his ability to think on his own. He's not a good match for new or timid dog owners, because he needs consistency and a strong owner who will socialize him and train with positive reinforcement.

Procreation
Great Pyrenees are a healthy and sturdy breed . Generally a dog takes around 18 months to reach his or her full height and structure. It is advisable to breed your dogs after at least two years of age. If you are a first timer at breeding then taking a vets help.

Not easy to train
Intelligent Breed 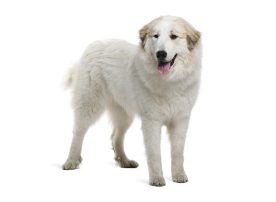 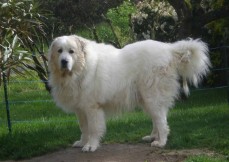 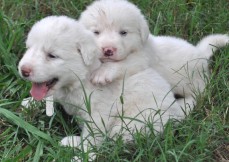 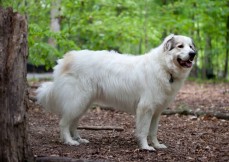 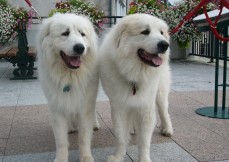