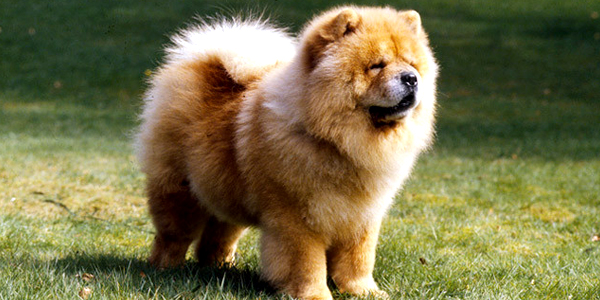 A bear and a lion in a dog suit!

Origin of Name: The Chow Chow translates into assorted curios and knick-knacks from the Oriental Empire. It was in the late 18th century when the British merchants got this dog into their ships under miscellaneous items. Ever since then the name has stuck.

About Chow Chow:
Chow Chow or Chow as they are popularly known are one of the most beautiful and admired dogs in the world and are considered a bona fide head turner. Chow Chow as a breed originated in Northern China where they have been known as Songshi Quan which in literal translation means “puffy lion dog”.

Chow Chows are generally a healthy breed of dog. However, before getting a new puppy it will be advised that all medical history of the parents of the pup is referred to rule out any genetic or hereditary disorder that might inflict the pup. Some of the common health issues that Chow Chows might be prone are:

Temperament
A Chow Chow is an independent thinker and may appear to be aloof in nature. Chow Chows require cautious and firm socialization to ensure that are friendly and do not get apprehensive or aggressive when in the company of other dogs and humans. Chow Chows make great family companions though they are a little wary of small children and may get a little aggressive. They are extremely territorial in nature.

Training & Intelligence
A Chow Chow is extremely territorial and nature and loves to please its family, so training a Chow Chow should not be difficult. Since they have a restricted peripheral vision, they tend to get aggressive if approached from behind their head. All forms of training for your Chow Chow puppy should start at an early age. 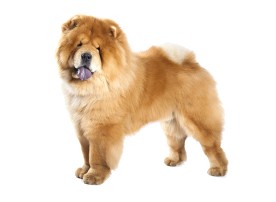 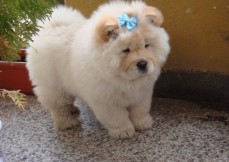 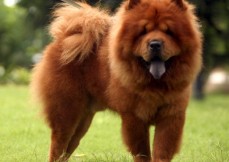 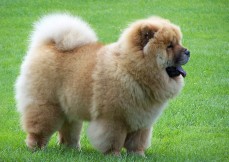