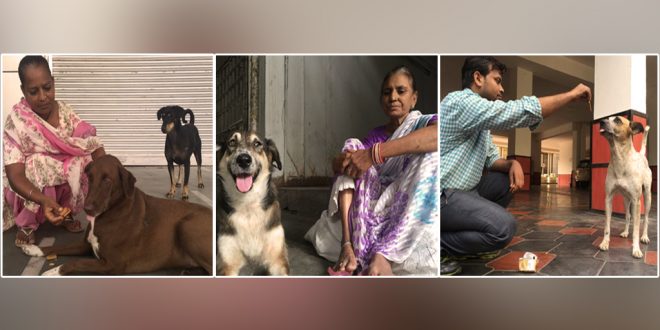 Here comes some heartwarming stories of stray dogs in Delhi who are as spoilt as your pet dog. Delhi is home to approx. 400,000 stray dogs, however, no one tells the good side of them. They are often covered by media as ferocious animals that bite and kill humans. That’s not true! Stray dogs if treated with compassion and love are capable of developing a strong bond with humans. Following dog stories are just an example of how stray dogs can be lovable, quirky and spoilt just as our pet dogs. 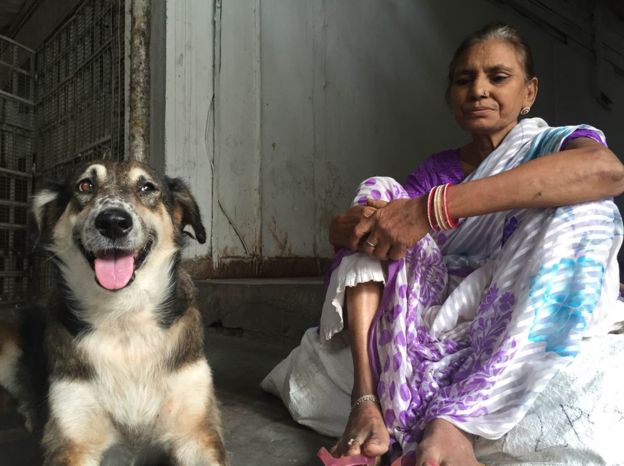 Well, Blackie may look like this cute, happy and easy to please kind of dog, but what you don’t see is her pickiness  over food.

Rajrani, who works as a cleaner in Delhi’s famous Janpath market says, “She likes to eat home-cooked food – usually chapati (Indian flat bread) in the morning and prefers momos (steamed dumplings) in the evening. She gets upset if there is any change in this routine. I like feeding her. She is like my family and I get upset if I don’t see her even for a day.”

Deepak GC, who sells momos at the same market, confirms that Blackie loves his momos and doesn’t like changes in her food menu. 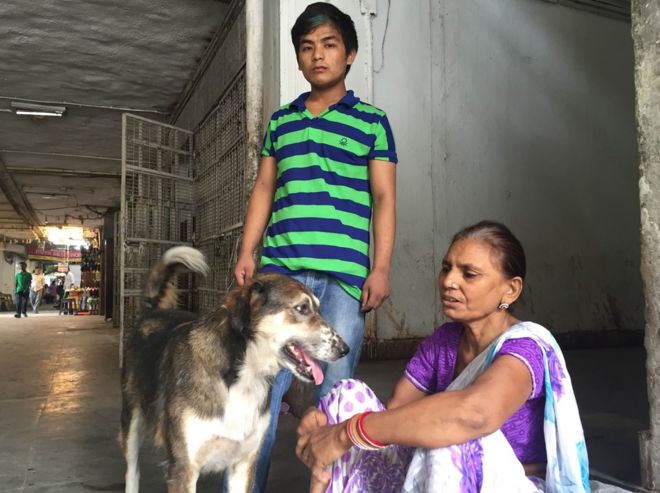 “Whenever Blackie comes to my stall, she makes me happy. She gives me that much needed break from my job when I feed her momos. She really loves chicken momos and won’t have anything else. And if I am even slightly late to feed her, I have to be ready to face her tantrums,” he says.

But for all her adorable quirks, Blackie had a sad past.

“When we found her, she was in bad shape. She had given birth to a litter of puppies but some crazy men had killed them. I took care of her and helped her come out of her trauma. Since then, she has become my best friend,” says Rajrani. 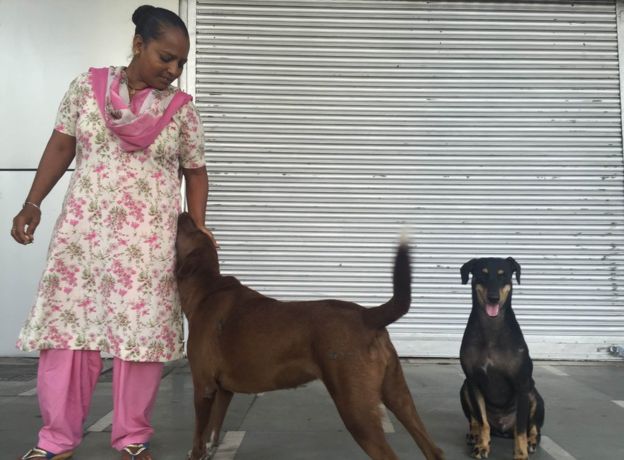 Kanjari (who is brown) and Kalu (who is black), aged five and six years respectively, lives in Connaught Place, Delhi’s premium shopping district. They were named and are looked after by Sudha Kumari, a cleaner in the area, who found them when they were still puppies.

Ms Kumari laughingly describes Kanjari as a little bit of a diva. “She gets upset if I get even a little late to feed her and then refuses to eat. But that’s because she still thinks she is a puppy,” she says.

See her reaction below! 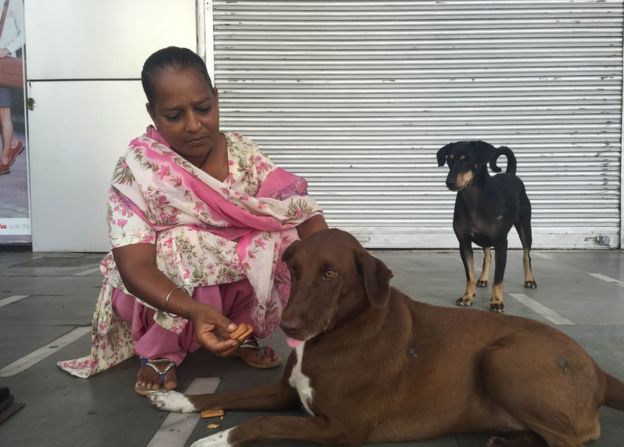 Kalu on the other hand, is a more cool dog.

“He follows instructions well, but is not as affectionate as Kanjari,” says Ms Kumari. 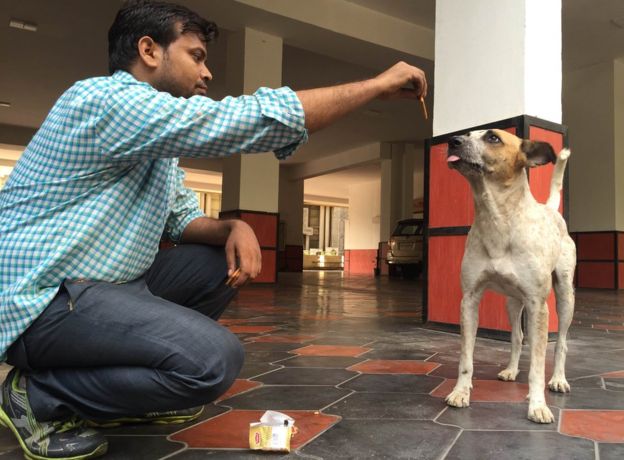 He is fed every day by Vijay Kumar Maurya, who runs a tea stall catering to many office employees who work in the area.

“Sonu is obedient, and only gets upset if you try to give him stale food. He loves biscuits, but the only problem is that he doesn’t know when to stop eating. Sometimes he ends up eating too many and gets sick. But now I have learnt at what point to stop giving them to him,” he says.

Mr Maurya found Sonu in 2011 when he was still a puppy, alone and abandoned.

“He was around two months old. I started feeding him milk and biscuits and now it has become a habit. I decided to feed stray dogs after I saw a lady who would feed a whole lot of them every morning. Even though I don’t have the means to feed many of them, I thought at least I can feed one.” 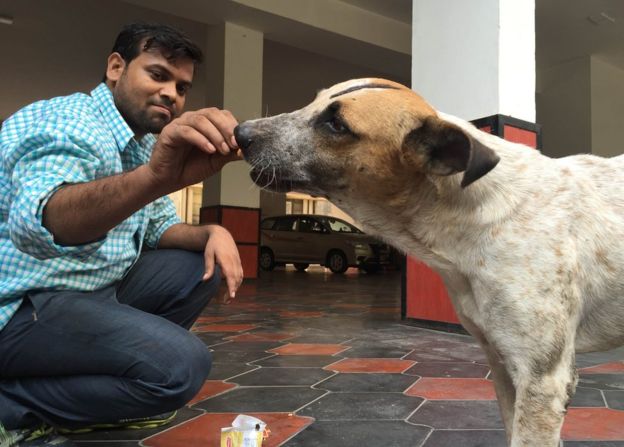 With all the sad news of dog culling and people acting inhuman going around, we decided to share the other side of the human kind. We are capable of compassion and love, and stories like these should inspire people to come forward and feed stray dogs.

Do you have a favorite stray dog in your area? Share your experiences with us in the comments below!