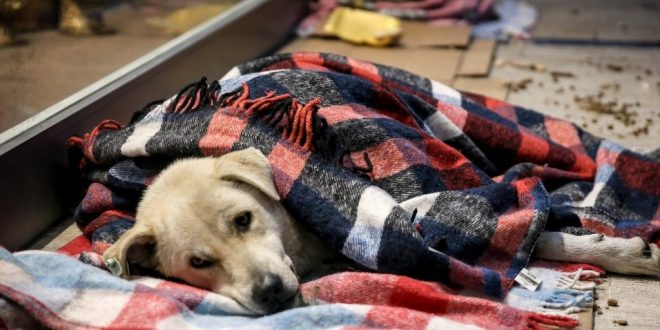 Diwali – A Nightmare For Stray Animals

Diwali is a time for celebration for us but it turns into a nightmare for stray animals. Yes, it’s true. It has been noticed that most of the street animals suffer during the Diwali festival.

Sharmistha Rane, an IT professional has shared,

“I was walking down the street to attend a celebration at friend’s place in Baner, when I heard a dog screaming. A group of teenage boys had grabbed the dog and were trying to tie crackers to its tail,” Disgusted, Sharmistha shouted at them. They casually replied, ‘Kya didi? Ek kutta hi toh hai’.”

“Animals have a sharper sense of hearing, so crackers like bombs make them nervous and uncomfortable. We receive many cases of burns near the ears, mouth and tail during this time. Educational awareness should be undertaken in schools before Diwali.”

“We get at least 50-60 calls for animal related emergencies daily, and the number goes up during Diwali. This year, we have started the campaign ‘Lighting up a Life’ where we are asking people to sponsor animals instead of using money on firecrackers,” says Every year, during Diwali, People for the Ethical Treatment of Animals (PETA) India receives countless complaints (around 180 calls a day during the festival), including animals who have gotten lost, animals burnt by fireworks, pet dogs meeting with accidents, etc.

“It is often reported that terrified animals who flee the traumatizing barrage of explosions become disoriented and cannot find their way back home. The lucky ones end up in animal shelters and are reunited with their families, but a majority of them are never found, and some sustain serious injuries or die.”

Crimes against stray dogs on the rise

Cruelty to animals continues across the city. In a recent case, four stray dogs in a Baner locality were allegedly tied with a rope, dragged, and burnt alive, while 16 others were poisoned.

Meher says, “On an average, we receive over 1,015 cases of extreme brutality towards animals every month. These include dreadful acts like setting dogs on fire, poisoning them and dragging them behind vehicles.”

The high-ranking officers from the Union Government have told city police commissioners to lend support to animal welfare officers and to take crimes against animals seriously.

As we know crimes against stray dogs are on the rise, there are some animal lovers are also who are helping to save them. Ajay Patel, an entrepreneur has helped at least 19 dogs with their heads stuck inside jars in the last four months.  Recently, he rescued a stray dog with his head stuck in a plastic jar for 21 days.

“A family noticed it in the area, gasping for breath and running around in mid-August. I began to visit the place every day to find the dog which was on the run because of the trauma. No dog in such a situation should run, as the oxygen level inside the jar is very low and can result in death. I finally managed to find it with the help of a construction worker, Patel said.