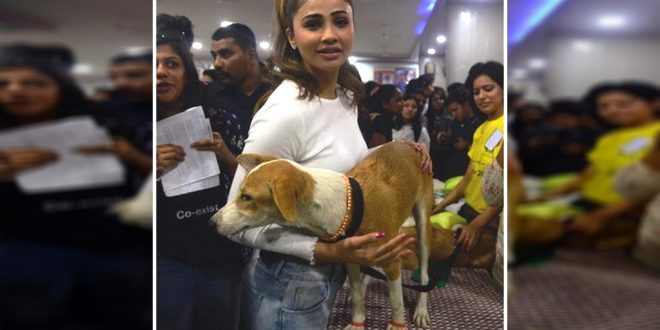 An Indian actress Daisy Shah, also an animal lover, recently adopted a puppy, an Indian Pariah stray from the Mumbai Adoptathon 2017 held on Saturday. The actress has always been a dog lover. She already has a pet dog Chihuahua that she named Blessy. Her latest adopted Indian dog breed is named Kiki. 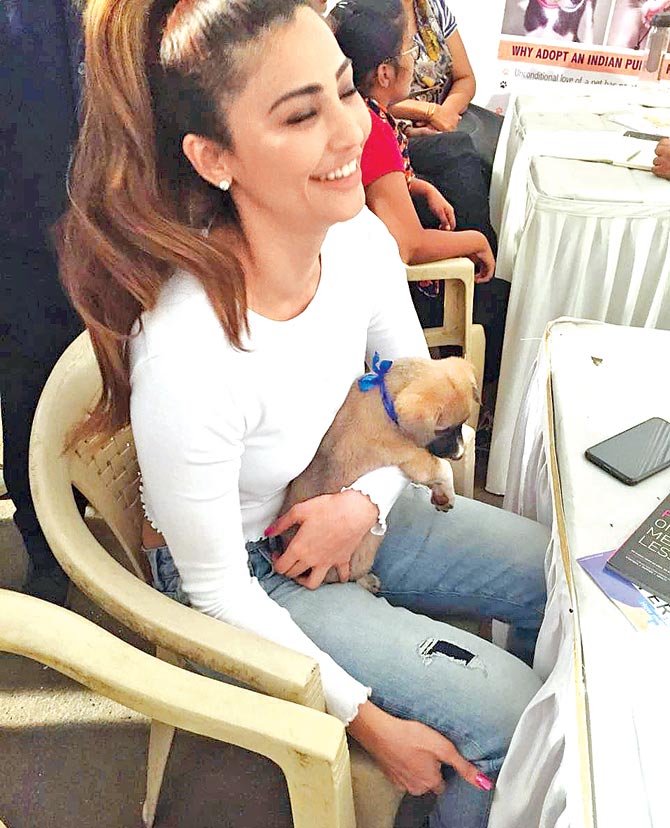 “It was an impromptu decision because I go weak in the knees whenever I see puppies. We had always had one at home, since before I was born. After my father, who was a big animal lover, passed away, I made sure to always have a dog at home,” said the actress while revealing that Blessy, in true form, is quite jealous of the new family member. She added “But I am trying to sort it out. Kiki started licking my face and chewing my finger as soon as I held him. I was about to leave the venue when I decided to take him home. Blessy has been with me for eight years and I have been trying to convince her that she is my first love.”

The actress further added that while she was ready with a speech to convince her mother to let Kiki stay, she heaved a sigh of relief to see her play with her new pet the minute he got home.

“I felt like I had won a battle. Last night, Kiki was sleeping on my bed and I had to hang my hand out because he needs to be touched constantly. He did not let me sleep the entire night so my sister suggested that we name him ‘Kirkiri’, to convey that he was one irritating guy but we still love him.”

The Mumbai Adoptathon was organized by the World For All Animal Care & Adoptions (WFA). The event was attended by actors like Soha Ali Khan, Kunal Kemmu, Anushka Manchanda, Aananya Singh, Rhea Chakrobarty and Rupali Ganguli.