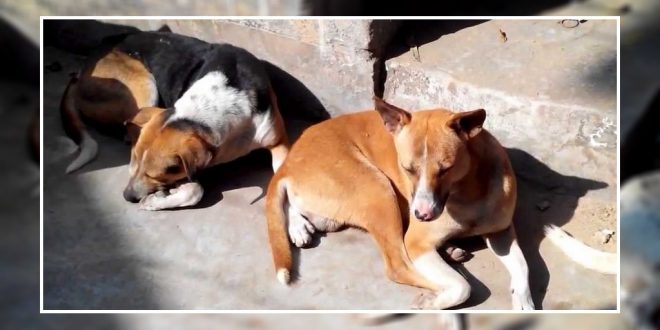 Recently, a 59 year-old elderly woman named Jillian Nagra, has alleged that a neighbor at their residential complex has deliberately ran over a stray dog in Joka. When she filed a police complaint, her neighbors threatened her and her husband.

The trouble began after Jillian adopted 8 street dogs over the past five years. Her neighbors didn’t like this and often abused the dogs. When Jillian protested, the neighbors allegedly directed their anger at her.

The whole incident took place on December 3 morning, when Jillian received frantic calls from her gardener. The gardener told her that one of her adopted dogs, Heera, had been run over by a neighbor the night before. He told that the person was drunk and driving. Jillian found the dog lying in a pool of blood in the middle of the road with alcohol bottles strewn around. Jillian took Heera to hospital and filed a general diary at Thakurpukur police station, followed by an FIR the next day. The FIR named Jillian’s neighbor, Giridhari Damani, as the accused. The FIR has been filed under Section 429 (maiming an animal).

The police asked the accused to pay for the dog’s treatment and future care but he refused.

“Instead, he offered me Rs 15,000 to withdraw the FIR,” said Jillian, who refused. “I wanted him to be more responsible and be a part of Heera’s treatment and painful journey,” she said.

Some neighbors have since been threatening Jillian and her husband.

“We have been living in fear. I feel helpless. I have an ailing husband at home,” she said.

As Heera fights for his life, Jillian refuses to give up her fight.