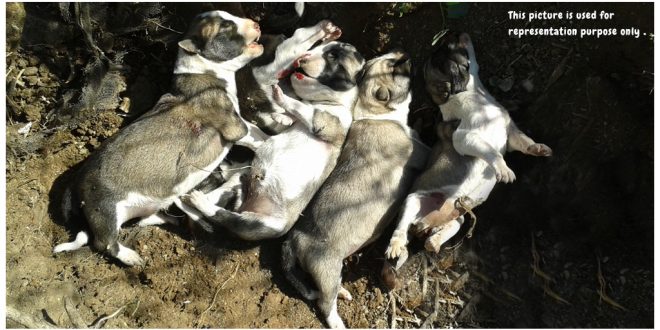 Recently, in Patiala, a tempo driver had allegedly killed four newborn puppies due to brutal treatment while transporting them. The driver had stuffed the puppies in a gunny bag, and they were later found dead. The volunteer of the Human Society International(HSI) NGO, Prapti Bajaj has submitted a complaint to the police alleging that a driver violated the Prevention of Cruelty to Animals(PCA) Act, 1960.

A tempo driver put 8 newborn puppies in a sack and tied the bitch to a tempo, resulting in the death of four puppies and injuries to their mother. The tempo broke down on the road connecting Ghagga with Patran. Prapti was incidentally passing by the same route, and decided to intervene, she got the puppies and the bitch released.

An FIR registered against driver

Prapti and her lawyer Arun Bansal alleged that the driver violated Section 428 of the PCA Act, and was liable for imprisonment of three months on account of dislocating the puppies and their mother. Patiala SSP was given a complaint on Friday, who assured the volunteer of getting an FIR registered in the matter.

Ghagga SHO, Surinder Pal Singh said, “He had received the complaint on Saturday by post, and would get the process started on Sunday.”

This is the third incident of cruel treatment of dogs in past few months. Prapti argued the PCA Act was a weak law, under which courts granted bail instantaneously. She demanded that the law be made stringent.