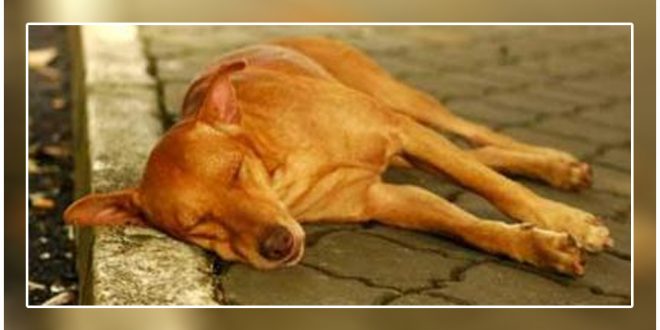 A Stray Dog Saved From Death Gets New Home

Blood oozing from its eyes, a deathlike pallor on its face and the stench of decomposing emanating from it, the mongrel lay in excruciating pain on a street at Kolapakkam.

Recently, in Chennai, a stray dog found in very critical condition. It was rescued by a resident, animal activists provided it with medical attention.

Now apart from a long, diagonal scar across its hollow eyes, there is nothing to suggest the frolicking mongrel’s brush with certain death.

“A friend alerted us after spotting the mongrel near her house. After reaching the spot we found it had lost its right eye, which was infested with maggots,” said S Muralidharan of India Centre for Animal Rights and Education. The team then attended to the dog for around three hours.

During its six-month treatment, activists named the mongrel, Kanmani. After the NGO made a request on social networking sites to dog lovers to come forward and adopt the dog, Vishnu a resident of Neelankarai, volunteered to adopt it. At Vishnu’s house, a healthy Kanmani is often seen playing with the other pet dogs. For now, Vishnu adores the mongrel as much as it adores him.

Source : The Times Of India