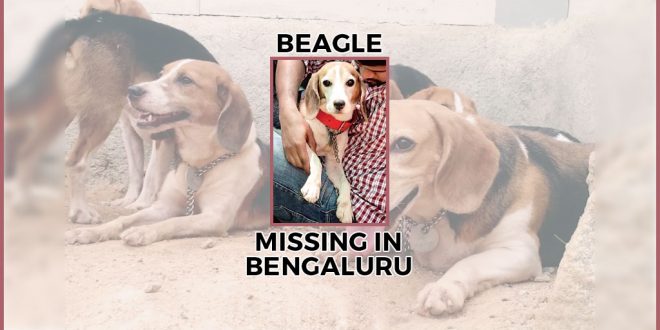 A Lab Beagle Is Missing In Bengaluru

In Bengaluru, earlier this year, 156 lab Beagles were up for adoption that were rescued from an animal-testing laboratory. Among these 156 Beagles, one of the lab beagle that got adopted, recently went missing due to negligence of the family that adopted him.

The 4-year old lab beagle was last spotted on Monday afternoon, and responds to the name Gunda. He was adopted three weeks ago by a family living on Nagahalli Main Road. 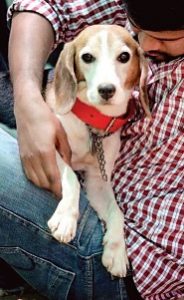 Chinthana Gopinath, a volunteer said that the door and the main gate of the house had been left open. The dog ran out of the house around 12.30 pm but the family reported him missing to CUPA only at 8.30 pm.

“The first few hours are very critical. They informed us late. Hence, the success rate is low.”

Animal Welfare Group has launched an extensive search operation for finding the missing lab beagle. Volunteers are trying to figure out his whereabouts. They even looked for him on the Ring road.  Near the Hebbal flyover where he was last spotted.

Volunteers have been putting up posters, and also promising a reward of Rs. 20,000 to anyone who spots him. All the money will be collected and contributed by the volunteers. Auto drivers in the locality have also come forward to help.

“They have put up posters at the back of their rickshaws. They live around there and have said they will keep their eyes and ears open,” said Chinthana. 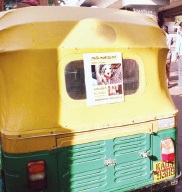 Even after clear instructions given at the time of adoption, that these dogs need proper attention as they are not used to live in house; the negligence of the family resulted in this situation.

“These dogs are not used to living in a house. They might panic even hearing the sound of a cooker whistle and run. He must have either been picked up by someone as he is a beautiful pedigree dog or he might gone to another neighbourhood,” said Chinthana.