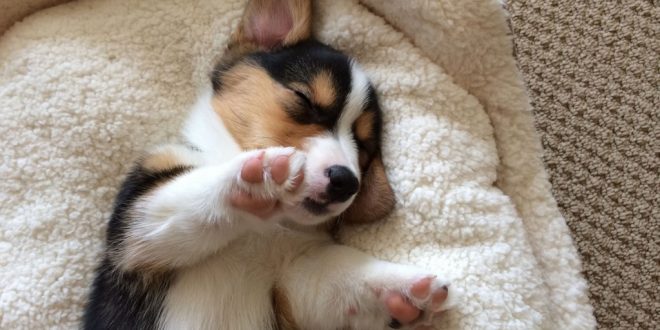 11 Fun Facts About A Dog’s Paw

There are lots of fascinating facts about our four-legged friends, they have a sense of smell 40 times better than us humans, there are 400 recognized breeds worldwide, they have the intelligence of a small child.

However, one of the most interesting parts of a dog’s anatomy is its paws and here we take a look at 11 facts you may not know about Fido’s feet.

Not all paws are the same

You may not be aware but there are different kinds of paws, the Labrador and Newfoundland have webbed feet, this helps them swim and is a common feature in breeds that have a history of working in water.

The Norwegian Lundehund has six toes and is, what is known as, a polydactyl, these small flexible dogs are used for hunting puffins and the extra digit enables them to have more traction when scrabbling across rocks and cliffs.

The Alaskan Malamute has a unique feature known as snowshoe feet their paws are large to evenly distribute weight and stop them from sinking into the snow, with a protective layer of fur between the toes.

Dog paws are made up of 5 distinct parts, the claws, the toes, the metacarpal pad which is situated in the middle, the carpal pad, which is at the rear and acts as a brake, and the dewclaw.

The metacarpal and digital pads (toes) act as shock absorbers, protecting the delicate bones and joints found in a dog’s foot. Dogs also walk differently from their two-legged masters while we take the weight on our heels, dogs walk on their toes.

Many people consider the dewclaw to be like our own thumbs but in fact, they are totally different, providing support to the dog’s lower legs helping prevent injury when he has to twist or turn quickly, for example, while competing in agility.

They can also help hold on to bones, toys, and sticks when Fido wants a good old chew. Dogs like the Pyrenees Mountain Dog have double dewclaws which are used for greater grip on rugged mountain terrain and a few like the Beauceron, Briard and Spanish Mastiff have double dewclaws listed as part of the breed standard.

If you’ve ever seen a dog playing in the snow you will know they are certainly not experiencing the frozen stuff the same as we would without the comfort of warm shoes. This is because a dog’s paw is composed of thick layers of fatty tissue and no less than 5 layers of skin.

When the pad becomes cold the blood in the foot is transferred back to the body where it warms up again. Some northern breeds also have fur between their toes, the oils in the fur repel snow and ice giving even more protection.

Fascinating stuff, right? however, although paws are tough prolonged exposure to snow and ice can cause frostbite, and equally, at the opposite end of the scale, it is important to know that your pooch’s paws can be sensitive to heat if the ground is too hot the pads can burn and blister. 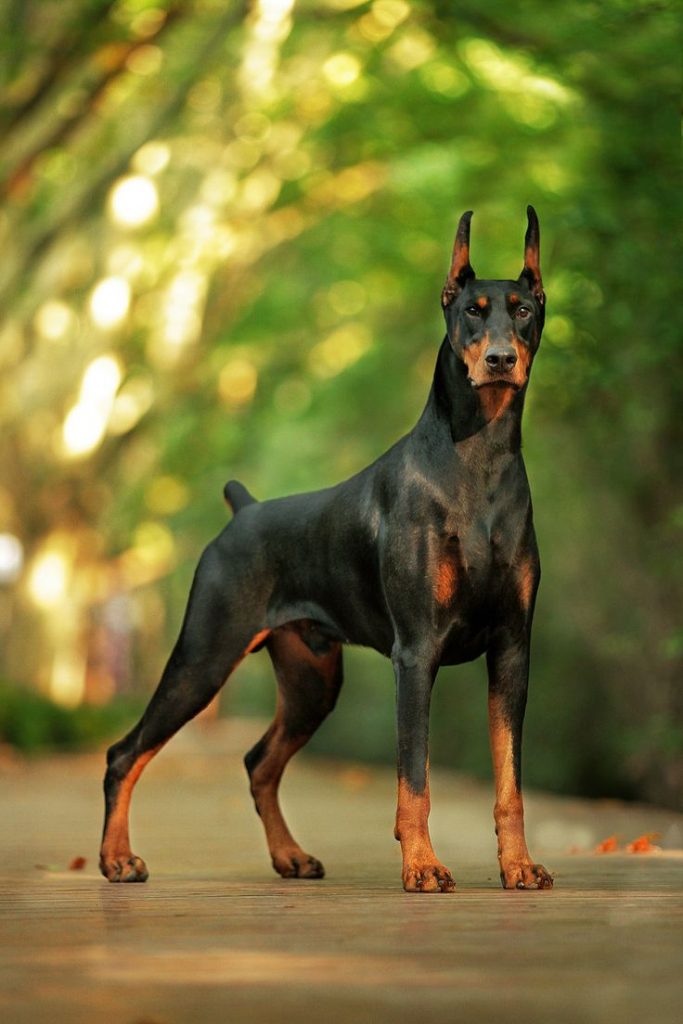 Some dogs have paws which are referred to as cat-feet, these are found in breeds like the Doberman and the Akita the small rounded paws do not have the retractable claws of a feline but do have a short third digit this type of paw requires less energy to lift and increases endurance along with maintaining a good grip on rough terrains, which is why it is often found in working breeds. 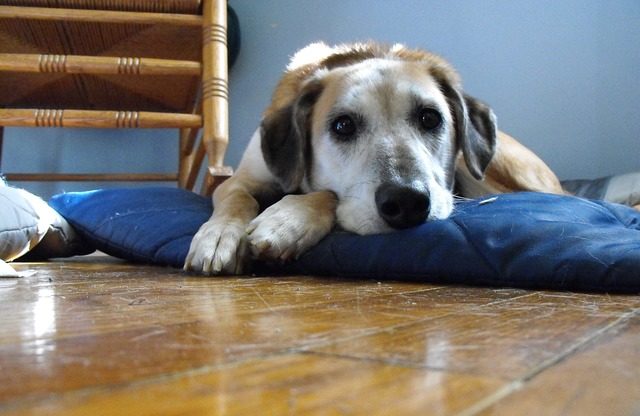 One of the most common signs your dog is suffering from some kind of stress is the constant licking and chewing of their paws, this can be caused by boredom, separation anxiety, or depression (yes dogs get depressed too) Licking releases endorphins which relieve stress but excessive licking can lead to hair loss and infection.

Once you have ruled out any medical cause such as allergies you need to establish the cause, giving your pet something to occupy them when leaving the house, playing with them, or taking them for more walks can all help reduce stress levels.

Can you smell snacks?

Many owners describe the smell of Doritos or popcorn emitting from their canine companion’s feet. This is commonly known as “Frito Feet and is caused by a strain of bacteria called Proteus which is picked up on the dog’s paws and gives off the distinctive odor.

While usually nothing to worry about smelly feet can also be caused by yeast infection as the cracks and crevices in a dog’s paws provide the perfect environment for bacteria and fungi to grow.

Dogs don’t sweat like us humans, we have sweat glands all over our bodies which enable us to cool down a dog’s primary way of keeping cool is by panting but they also have sweat glands in their paws which help to rid Fido of excessive heat. These sweaty footprints are rarely noticed but watch out for them on the examination table next time you visit the vets.

It’s all in the name 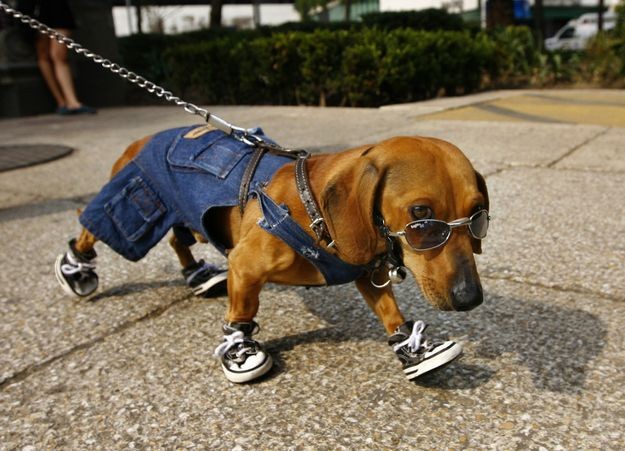 It is a bit of a mystery where the word “paw” comes from although many believe it originated from the Gallo-Roman root-form “pauta,” which is closely related to the old French word “patin” meaning shoe or clog, this seems like the perfect opportunity to post a picture, after all, who doesn’t love a cute pup in boots. 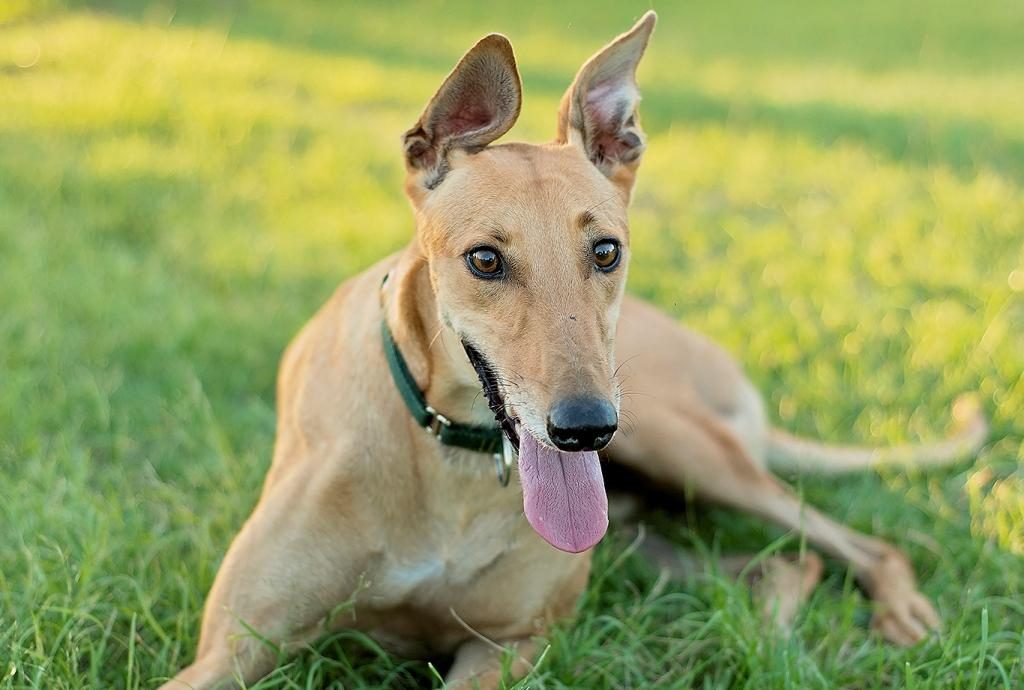 Ever wondered how Greyhounds are so much faster than other breeds? Well, it isn’t just down to their physique, paws have a large part to play too. Greyhounds, Whippets, and Borzois have hare feet as the name suggests these are similar in shape to hares with the two central toes being longer than the rest which helps them run faster.

While we may not pay much attention to our canine companions’ paws, for many, they are a symbol of our pet’s devotion and lots of owners have imprints of their dog’s paws as a cherished memorial when they pass away. This quote says it all really

Despite being extremely tough it is important to check your pooch’s paws regularly for injury and protect them from sharp objects, harsh chemicals, frost, and heat.

Keep nails trimmed and moisturize the pads if they become cracked and dry, some pups may even enjoy their feet being massaged which will help them relax along with improving circulation and the next time your four-legged friend gives you his paw remember this appendage is really quite amazing.

John Devlin. Husband, father, and avid dog lover. Currently the proud owner of George a pedigree Golden Retriever that barely leaves my side. However cute this sounds a little break from the dog hairs every now and then would be nice!

The Most Common Dog Illnesses And Symptoms

Best Ways To Recover Your Dog From Knee Injury

Dog Cancer – Steps to Take When Your dog Has Cancer