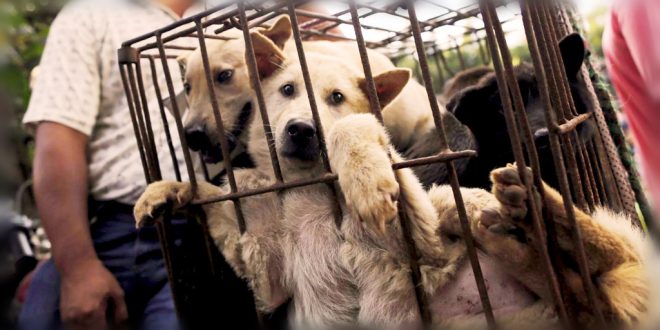 Despite heavy criticism, protests and signed petitions by animal rights activists and animal lovers from all across the globe, the barbaric Yulin festival starts today!

It is estimated that around 10,000 dogs will be killed for their meat.

Expecting trouble ahead of this day, the restaurants in China’s Guangxi Zhuang region’s Yulin city have started to hide “dog” character from their menu signboards. Some restaurants have even changed their names completely to avoid trouble from animal activists and dog lovers. Around 60% of the population in China has spoken against the killing of dogs, while remaining 40% believe that this is their tradition and no one has the right to stop them. Some locals, even compared this tradition to the eating of beef in America and other animals in different parts of the world. 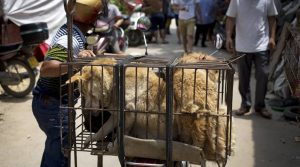 Animal rights activists handed a petition with 11 million signatures to the Beijing authorities in order to protest against the controversial festival. But with Chinese government distancing itself from the issue, all the petitions turned out to be of no use!

Jiang Hong, head of a Xi’an-based animal protection group said, “The government is capable of telling the public that this kind of tradition is improper and should be banned. The market stimulated the production chain. In order to get dogs, many people resorted to stealing and poisoning them, which may be dangerous, since some people were likely to have been poisoned by eating poisoned dogs.”

The event is a source of pride for many locals and it has received tremendous backlash. Residents say that this year they have noted more police on the streets, near well known dog meat restaurants and markets. However, despite all the efforts to stop this barbaric Yulin festival… it continues.

Today Is A Dark Day For Humanity!